How Millennials Need to be Job-Hunting 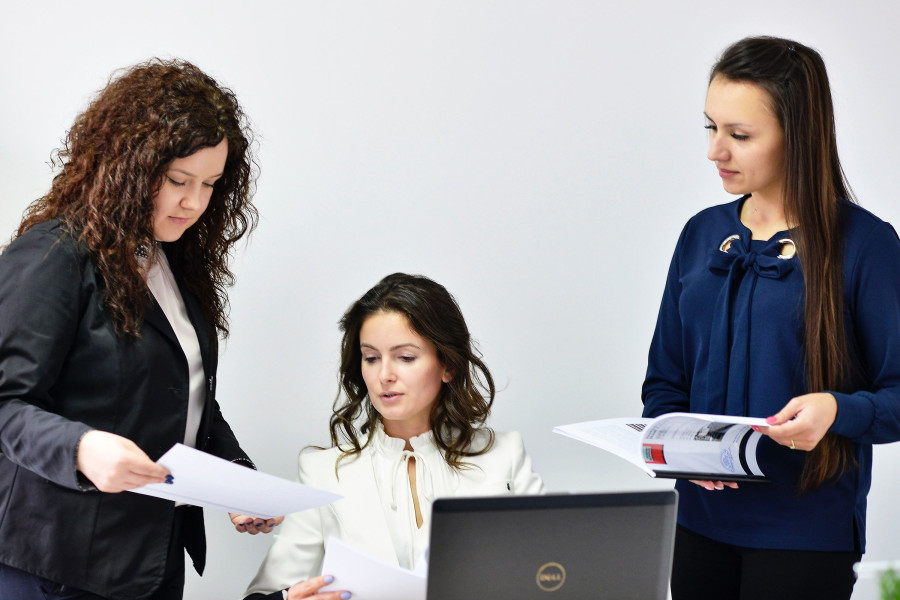 Job-hunting in the age of technology isn’t easy. We live in a culture that pokes fun at the unemployed, deeming them couch-dwellers so lazy that they can’t even pick up the phone to order a pie of pizza.

OK, OK, so maybe some perpetually unemployed people are that lazy. But most people I know haven’t endured stretches of unemployment for long periods of time, but rather, they've endured a bunch of short periods of unemployment because a) they’re job-hoppers and b) good jobs are hard to find these days, folks.

The U.S. Bureau of Labor Statistics reported that in July 2018, the unemployment rate in the U.S. fell to 3.9 percent, the lowest it’s been in a while. However, the Bureau also reported there were about 512,000 “discouraged workers” in July—or workers who weren’t searching for jobs because they felt there wasn’t any work available for them—a statistic that hasn’t budged much since last year.

This is the distinction we need to make amongst the unemployed: Some of them genuinely don’t want to work, but most people actually do want to find work they find fulfilling. That’s just the way humans are wired.

Still, many millennials are looking for their next best gig but having lots of trouble—and it has everything to do with the way we’re searching for these gigs.

Google Really Isn’t the Answer to Everything

So we know that career centers and alumni networks aren’t super effective in helping post-grads find jobs. (Welp, so much for one-on-one help.) Growing up, I wasn’t exactly encouraged to seek help from other people, either, like mentors and other people doing what I wanted to do. Especially upon graduating college and beyond, I was told if I didn’t know how to do something, “Google it.” Google and I quickly became best friends, and so I learned to depend on it for everything, including looking for future jobs.

Unfortunately, while the Internet is great for many things—like funny memes, online shopping sprees and Facebook stalking your ex—it’s not quite the best resource for finding a job. This is a tough reality for my generation because it requires us to completely rewire our brains and rely less on the Internet that we grew up with.

Let’s talk about one of the main ways most millennials job hunt: online job portals. While I scored my very first media job through word of mouth, I’ve actually found most of my gigs online through portals like Indeed. My experiences, though, have been anything but easy. I’d spend weeks, even months on end shooting applications into what felt like a black hole, praying I’d get even one email or call back. During my brief periods of unemployment, I ended up having to sit on idle hands and find ways to keep busy just so I wouldn’t be obsessively checking my email every five minutes. The whole waiting-to-hear-back process was awful for morale and makes you feel completely a degenerate that’s worthless to society.

Forbes contributor Liz Ryan points out, though, that it’s actually pointless to internalize the process and blame yourself for not being able to find a job. In fact, if it’s any comfort at all, it’s more likely your resume isn’t even being seen than you’re not a fit for the position, because hiring managers get so many damn resumes. Portals like LinkedIn, for example, even go so far as to not only show you how many resumes any given job posting has received, but how you compare to all the other applicants (both a blessing and a curse):

Job-hunters are advised to tailor their resumes and cover letters to the particular jobs they’re applying to, but being a picture-perfect fit may not be enough to snag the role because there’s just so much friggin' competition. Robert Meier, President of Job Market Experts, says on average, only the “'top 2%' of candidates make it to the interview.” That leaves the rest of us in the 98% feeling discouraged, which prevents us from applying to more jobs, and the vicious cycle continues.

Here’s how to stop the cycle.

Referrals and networking. The fact of the matter remains that most people still find their jobs by networking, or getting out and meeting the right people at the right time. Forget the net: Much of the time, job postings are filled either with internal candidates or people known to the job poster before the jobs are even posted online. We all know that person that ended up in a role they totally don’t deserve, but ended up with, anyway. (Nepotism is real, guys.) You can also ask for a referral from someone at the company you’re applying to if you know anyone well enough.

Still, it’s important to note that while referrals might help get you an interview, they won’t necessarily get you the job. Getting an interview is great, but don’t jump for joy just yet! Prepare as much as you can before the interview, but also expect the unexpected.

Keep applying online! While the success rate for applying online isn’t that high, it still works. I’m proof of that. The key is persistence, persistence and more persistence, with a side of having all the right skills. Some of the most common job sites—which are also the ones I’ve gotten high response rates on—are Indeed and LinkedIn. Applying through the company’s site directly has also gotten eyes on my resume versus using an actual site the job was posted on.

Focus less on the past and more on the future. As I said earlier, most of us are encouraged to tailor our resumes and CVs to the jobs we’re applying to. While you should continue doing this, don’t let this task be your biggest time suck.

Instead of focusing solely on your past experiences and how they align with the job posting, focus more on what YOU would bring to the job if you were hired. My friend told me the other day she once made a PowerPoint Presentation for a job she really wanted, in which she presented ideas she’d bring to the company and how she’d make it better. She ended up getting the job (no surprise there!) because they loved her ideas, and they also were impressed that she went the extra mile by using PowerPoint.

Start your own venture. I’m fairly certain the worst thing that could happen (and has happened) is you spend months trying to find a job, and then finally get one, only to end up hating it because it wasn’t what you thought it’d be. Because the job market can be a total crap shoot depending on your field, it honestly might be easier (and more fulfilling) to just do your own thing.

When all else fails, it’s a signal to embrace a new beginning. Take a cue from our Women to Watch and turn an epic face-fall into a blossoming business.

September 6 How Millennials Need to be Job-Hunting
May 13 Breedlove's Briefing:
How to Know Which Skills to Develop at Each Stage of Your Career
June 17 Breedlove's Briefing:
What Employees Really Want: Put Them in the Driver’s Seat of Their Own Learning and Development
April 8 Breedlove's Briefing:
A Wake-up Sales Call to Entrepreneurs
June 21 Here's How to be Sustainable and Eco-friendly this Summer
March 8 Ask Rhonda:
Celebrating International Women's Month by Supporting STEM Education
Home Woman to Watch Articles Videos About