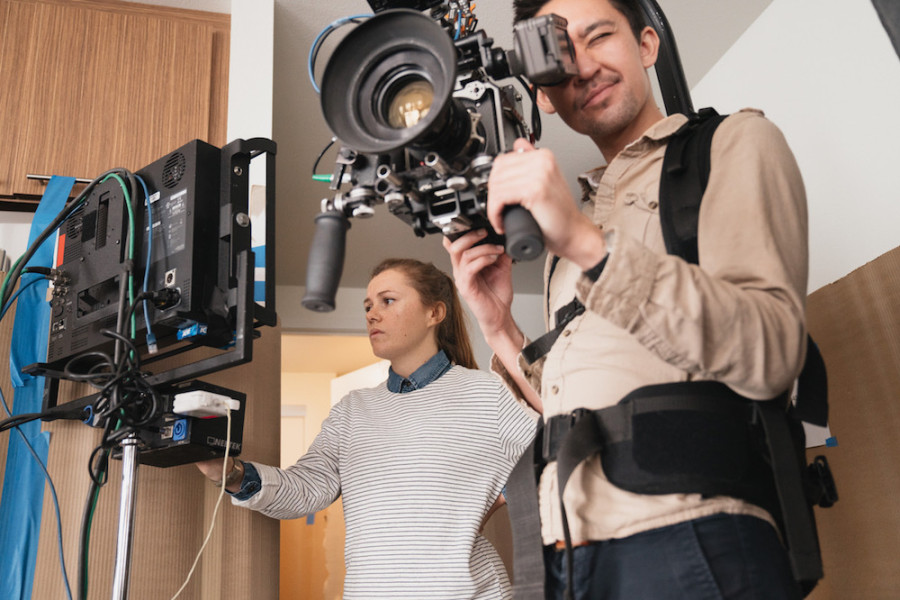 Launching your career as a director is no easy feat. As with most things, especially in a creative field, you have to be able to put in the work before you start seeing the fruits of your labor. I’ve been on both sides of the spectrum, from creating personal projects hoping they get recognized and green lit, to directing fully funded feature-length and short films and commercials for the likes of Nike, Red Bull, Nestlé, Skype, Bank of America, among others. And still, I find myself continuing to learn lessons along the way.

Being in this position has allowed me to gather valuable advice and insight from my personal experiences and those of my peers, that could be useful for rising directorial talent. So here are my tips to thriving in the film and advertising industry and crushing your goals, all while claiming your rightful spot in the director’s chair.

Perseverance: You’re going to need it. Rejection and disappointment are coming your way (sorry!) It’s inevitable and a very big part of being in the film and advertising industries. For a career path with a potential for very high highs, there are bound to be some very deep lows. So take them in stride, learn to breathe, then pick yourself up and move forward. It’s also very okay to cry, too. Whatever helps shake it off!

Create Your Own Shit: I say this for two reasons: One, funding is often hard to come by, and instead of letting your creativity fester inside of you, let it out. Grab a camera. Make something, even if it’s smaller scale, on your own. You’ll feel better knowing that at least your voice is out in the world. Two, because as talented as you are, people won’t see that until they see something in your work. So if you want that funding or that recognition or that dream job, you have to show them a little something first.

Have A Side Hustle: Money can get tight when you’re following your dreams. So, to relieve some of that pressure, it helps to have something that brings in cash flow on the side. It could be film-related, like shooting and selling stock footage or recording actor self-tapes, to walking dogs on the weekend. Whatever is flexible, provides financial stability and will not interfere with your directing.

Get A Hobby: I know it sounds cliché, but it’s important to participate in something outside of directing. Pounding the pavement can be exhausting so gaining perspective outside your chosen profession is only going to broaden your personal experience and infuse you with some much needed energy. Sometimes the best ideas come when you’re not looking for them.

Now good luck out there! It’s a tough road but if you love what you do it’s worth it for those moments spent doing it.

Nicole Dorsey directs both commercials and narrative projects. Her work has screened internationally, garnering awards within the United States and Canada; including the Irving Avrich Award for Emerging Director at the Toronto International Film Festival. In 2015, Nicole completed production on her first feature, Delta Venus and is currently in development for her second, Black Conflux, which took part in the prestigious WIDC Story Program. She has many short films under her belt and an original half hour series in development. Repped by Eskimo, Nicole makes commercials for clients like Nike, Redbull, Nestlé, amongst others.

June 4 Four Ways You Can Start Making a Difference in Your Community
July 23 From The Inside Out: Five Ways to Thrive
September 24 Three Ways to Boost Productivity as a Business Owner
May 24 Terrified of an Event? Four Ways To Make Sure It’s a Wild Success!
November 16 4 Exponential Strategies to Grow a Million Dollar Business
August 6 Harnessing the Energy of Summer:
Wellness Series (Part 1)
Home Woman to Watch Articles Videos About