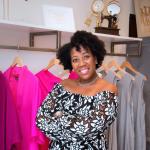 If You Were an Entrepreneur, What Would You Do?

Have you ever thought about the power of color? It’s fundamental to how we see things, after all. According to writer Kassia St. Clair, color holds history. One of my faves, Indian yellow, was a product of trade for Westerners. Egyptian blue was well loved when those same Westeners didn't really have a word for that color between green and purple. Noticing color is something we did often as kids, but rarely do as adults. I can recall every shade of every candy wrapper in my Halloween pumpkin, but have no clue what color my colleague was wearing at lunch. From politics to art to war to those velvet, emerald green shoes I’m dying for, it’s kind of fun to pause and really take in this rainbow-colored world. What do you see?

Image is important. Some ads on Facebook catch my attention a lot quicker than others, and part of that is due to their aesthetics. It also helps if the ad offers a solid deal. I’m sick of these impersonalized happy hours that offer a dollar off a drink from 4-4:01pm. When it comes to retail, for example, 64 percent of consumers want personalized offers. These exclusive offers influence people to buy something sooner than planned, or purchase something entirely unplanned just to use the deal. Since customers can buy from anywhere at any time, business owners must be actively responding to consumers in a way they’ve never needed to before.

Today’s Woman to Watch, Alta Alexander, knows a thing or two about the retail world. Alta was on her third date with a guy when he asked her a question I’m in love with: “If you were an entrepreneur, what would you do?” Was it the hook-line-and-sinker for her? Perhaps it was: Alta and this man are now married. That question got Alta thinking, and she responded honestly: She wanted to open a clothing boutique, and her response stemmed from her childhood dream, which was to try on clothes and share her fashion sense with others.

A former PR manager, Alta has now achieved her dream with the help of her hubby, who gifted her a brick-and-mortar space for Valentine’s Day. Alta used the space to open up a sunshine-yellow store called Altatudes in a part of town that’s rich with black culture and history, but at odds with gentrification. A mix of vintage and contemporary furniture accentuates the versatile clothing selection. From goodies from a Project Runway designer to fearless picks from local designers, Alta stocks her store with fun and function in mind with stately hues like maroon and silver.

Alta’s dream has been realized; for her, clothing isn’t just about feeling snazzy on the outside. It’s all about feeling shiny on the inside, too. She’s always up to some charitable project, like accepting donated handbags full of toiletries to give to girls in need. As an active member of a local merchants association, connecting with the community is part of Alta’s plan.

The thing is that Alta’s reach stretches far beyond what she gives. She says customers from near and far remark with glee about seeing a “black woman owning an upscale boutique.” As a role model, the African-american sororities in her city stock up on her goods.

Alta just gets women. Most everyday women don’t get dressed with a stylist, so they wear different styles based on their vibe that day. Alta says her customers are that Upper East Side level of fancy, but will jump on a motorcycle on a whim. Rev your engine, Alta.

A woman who never seemed to question her vision, Julia Child, said:

"Drama is very important in life: You have to come on with a bang. You never want to go out with a whimper."