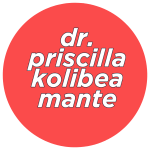 This Scientist is Trying to Ease Depression and Anxiety

Listen. It makes me angry when women—especially women of color—don’t get recognized. It makes me especially livid when someone takes credit for it, too. That’s exactly what happened to Alice Ball, a badass black professor and chemist in Hawaii who developed a history-making leprosy treatment. She died before seeing her treatment come to fruition.

A college prez took over to complete the treatment, and it soared in use for a couple decades. That guy never credited Alice for her work. Fortunately, the surgeon who solicited Alice’s genius in the first place credited her in a medical journal, calling the innovative treatment the “Ball Method.”

I just told you the case of two dudes making two distinct choices. We need one of these types of dudes in this world, supporting women’s advancement and recognizing that in order to solve our most challenging problems, we need to solicit all of humankind. Many scientists and engineers go through years of schooling to get where they are, but it comes at a price. Higher education has long been a battleground for minority students. 66 percent of black scientists and engineers in the United States only have a bachelor’s degree as their highest degree.

Knowing that a black woman successfully climbed the higher education tower in the 1910s, taught there, and then created something life-changing means that there’s been no shortage of similar role models of color. Let’s talk about one. Dr. Priscilla Kolibea Mante is a lecturer at KNUST. That’s Kwame Nkrumah University of Science and Technology, for short.

She teaches at the campus in Kumasi, a city in Ghana that more than two million call home. It’s responsible for half of the timber industry for the country, and several notable people have studied at KNUST - from a female novelist to the vice president of Ghana. So what’s Priscilla up to there?

She joined the department of pharmacology after earning her pharmacy degree. Priscilla’s focus is on medical compounds that might respond to resistant epilepsy, as well as discovering and developing potent therapeutic ways to address anxiety, depression and pain. There’s no shortage of talent in this scientist and academic.

As recently as March of this year, Priscilla earned astounding recognition by the L’Oreal Foundation. She was awarded the Women in Science International Rising Talent Award, and was one of only five chosen. Priscilla’s the first woman from KNUST to earn the award, and hopefully, not the last.

It’s not easy finding cures and methods of treatment. It’s not easy doing it as a woman, either. But Priscilla’s proud of how far the STEM field and her country has come. She credits mentorship and guidance from both sexes as being instrumental in developing her confidence to do hard things, to pursue her dreams.

"The world will make room for us. The more women push for senior roles, the harder it will be to ignore them."

September 29 Andrea Weinberg: She’s Bagging Up Functionality
October 27 Michele Welsh: She’s Stickin’ It to Kids
April 19 Daina Trout: She’s the Queen of Kombucha
September 19 Stephanie Thompson Harris:
So, You Want to Start a Nonprofit? Here’s the 411
July 29 Taraneh Alidoosti: Keep Calm and Yes, I’m a Feminist
January 11 Brittany Packnett:
How to Be An Activist in Your Community
Home Woman to Watch Articles Videos About