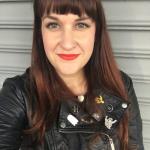 Is Oversharing Online an Epidemic? We Hash it Out.

How much is too much to put out there: you know, into the Internet ether? As influencers and Insta-moms make their living by showing off nearly every aspect of their lives, it makes me wonder about what line I, a regular woman, should draw. Back in the 90s, a father wrote a column in the 90s about his family. It was early-days daddy blogging, really, and he shared it all, from his daughter’s bad habits to her personal decisions—something the daughter, now an adult, reflects on in embarrassment. Is connecting with strangers across the globe worth disagreeing with the people you care about the most?

As people recently shared a side-by-side photo comparison of themselves on Facebook from a decade ago and one from present day, most viewers cringed when they hit the “post” button. While Leonardo da Vinci looked back on his day-to-day sketches of activities and inspirations in a collection of loose papers, most of us look back at our past through social media: What was I eating four years ago today?Digitization is the new way of life. In 2016, 59 percent of magazine readers said they prefer to read digital magazines instead of print ones.

Several years ago, I came across Emily McCombs, the founding writer and editor at xoJane.com, an online magazine for women. I was struck by one thing: her candor.

She wrote pieces and shared photos about body image in both an empowering and honest way. She published her stories of sobriety. The now-shuttered site xoJane had its fair share of highs and lows, but there’s something Emily offered back then that she continues to spread: her truth.

Following xoJane, Emily used her degree in Journalism to act as executive director at Elite Daily before settling in at The Huffington Post. In January of last year, Emily announced that she’d be deputy editor at a newly launched section called HuffPost Personal. This HuffPost vertical accepts pitches for authentic narratives, from family and parenting to work, work, work.

Emily’s new venture with HuffPost Personal comes after the news site hit the, well, news regarding a layoff of 20 employees. This change shows how personal stories are here to stay. Fans and mentees of Emily find her sex-positive perspective a breath of fresh air, something to emulate. After all, is there anything more comforting than hearing or reading about someone who thinks or has done the exact same thing you have? She gives girls the guts to say how they feel and what they want.

It’s a natural fit for Emily, who was born to collate and curate first-person stories on areas of life that are quintessentially delicate for women, like identity, mental health and sex. In addition to editing essays, Emily shares her own tales of how she’s totally over dudes asking about her tattoos and why it’s harder to make friends more than ever in adulthood.

While storytelling’s in her blood, Emily says her best decision was adopting her son through the foster care system. And her worst decision? Every single time she turned down a slice of birthday cake. My kind of gal.

The first female US Secretary of State, Madeleine Albright, said:

"It took me quite a long time to develop a voice and now that I have it, I am not going to be silent."