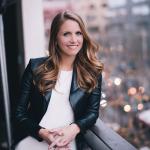 Get Unbiased News Created By and for Women

Ladies, we’ve all been there: A dude describes in detail something you already know. When it’s done repeatedly, it’s a way for the guy to feel high and mighty. This has been dubbed “mansplaining,” and we’re so over it. Plenty of us fall silent, unsure how to proceed when Mark the Mainsplainer gets going. The next time he gives you the definition of an entry-level concept, remind him of your educational or work experience. Pivot to another woman in the room for backup—or do as many men would do and simply speak louder.

When you’re trying to avoid mansplaining, channel-surfing through TV news channels may not be the best way to evade such condescension. Luckily, there are plenty of other outlets to turn to for keeping up with current events. The Pew Research Center conducted a study in 38 countries about how often people turn to the internet for news. What they found isn’t all that surprising. Instead of clicking on the TV or radio, 55 percent of American women said they rely on the internet as their key source of news.

Today’s wise and witty Woman to Watch, Jenna Lee Babin, is employing her years of media experience and expertise to turn the traditional news industry on its head and bring women news that’s truly empowering through her biz, SmartHer News.

After journalism school at Columbia University, Jenna began writing and producing for a 24-hour New York City news channel. Noting she was a news gal on the rise, Forbes.com Video Network tapped her talent, bringing Jenna on as a writer and producer. But she’s perhaps best known for co-anchoring a daily national news program on the Fox News Channel, a position she held for nearly a decade. She was also the co-anchor for Fox Business Network’s first broadcast, co-anchored the Fox Business Morning program and later became the anchor for the Happening Now breaking-news show. So, yeah, she’s obviously a media authority, which is why viewers were so surprised when she announced her departure from the Fox News network.

Now her female fans have something even better to obsess about in Jenna’s SmartHer News, a curated way to absorb what’s happening in the world that’s specifically designed for smart women. SmartHer News’ mission isn’t centered on the idea that women need to be told how to think about a newsworthy event. Instead, it provides women with the straight facts and nonpartisan information and then, as Jenna puts it, gets out of her way so she can form her own opinions. There’s no mansplaining here, ladies!

More than a dozen categories on the SmartHer News site help readers easily find the goods without having to dig, including info about breaking news and current events. Each news piece is presented on what’s essentially a digital card stack, allowing readers to simply click to keep reading. It’s succinct and simple and honestly, quite fun to peruse. At the end of each news snapshot, readers can even view the top sources used to gather this news info, giving the site further credibility and transparency.

Jenna says the SmartHer News philosophy is clear and unambiguous: Quality shows respect, and “empowerment” means giving women solid information and enabling them to make up their own minds. Quite simply, SmartHer News is delivering modern news for the modern woman. It’s about darn time!

With so much news swirling around every day, it’s hard to keep up with it all. Today’s Woman to Watch, Jenna Lee Babin, shares with us her best-kept secrets for keeping current. Follow the link here or head to www.OnTheDotWoman.com to learn more.

Also, be sure to check out our live video interview with Jenna Lee Babin by going to www.OnTheDotWoman.com.

The divine Meryl Streep recently depicted the first female publisher of a major American newspaper, Katharine Graham, in the film The Post. This Pulitzer Prize winner and history-making journalist once said:

“News is what someone wants suppressed. Everything else is advertising. The power is to set the agenda. What we print and what we don’t print matter a lot.”