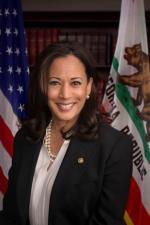 How to Make Your Mark in the Senate

FIRST THOUGHT: Fearless for the People

Did you know the state of Pennsylvania ranks 49th in female congressional representation? Yup. Well, one woman is stepping up to the plate and running for office. She’s learned a lot already, particularly that men’s strength and leadership are assumed, while, as a woman, hers requires proof to seem credible. While every cell in our female bodies can wish for equality, we must prove how bold we truly are. Today, vanquish doubt. Model your actions off your male competitors and tell everyone you know about your power. Don’t fear failure, but don’t expect to fail. Ignore the haters who say you’ll fail, and instead, rise up in response to denigration and setbacks.

Someone who had to learn how to ride with the boys in politics was Rebecca Latimer Felton. This Georgian was the first woman to serve on the United States Senate, in 1922. While her service was dramatically short, she opened the door for more than 50 women to follow.

One of the women who followed Rebecca’s lead nearly a century later is today’s Woman to Watch, Kamala Harris. If you’ve seen Kamala on television even once, she’s most likely stuck with you. Known for her matter-of-fact yet conscientious demeanor, Kamala is California’s third woman to sit on the U.S. Senate.

This senator is breaking ground in more ways than one: She’s the first-ever Indian-American woman to serve in the Senate. Kamala came to the political forefront when she rigorously questioned Attorney General Jeff Sessions regarding Russian relations in the 2016 presidential election. Her involvement has left many political pundits wondering if they might even see her on the presidential ballot in the future.

Kamala became passionate about politics when she was just a kid. Her parents would take her to civil rights marches, and because she was raised in a neighborhood of working-class families, Kamala was proud to serve these communities on the job. Growing up, her mother also surrounded herself with intellectuals tied to the black political scene of the 1960s and 1970s, which influenced Kamala’s upbringing and future in politics as well.

Before taking her seat in the Senate, Kamala served as California’s attorney general and San Francisco’s district attorney. While in office, Kamala spoke out against Proposition 8 and filed suit against a for-profit college for misleading students, among other accomplishments. When explaining one of her positions as district attorney, Kamala said, figuratively, “Half the city threw tomatoes” at her. It isn’t easy to take on that kind of heat and stick to what you believe is right, but Kamala’s persistence is a characteristic necessary for fighting for a political position on Capitol Hill.

Kamala’s achievements haven’t gone unnoticed. Senator Cory Booker reveres Kamala, while President Obama noted her dedication and toughness. (She’s not immune to sexist comments, of course; President Obama also made a remark about her looks, though he later apologized). But when voters and politicians alike look past her sex, what they see is a woman who has introduced and co-sponsored criminal-justice-reform legislation and made higher education more of a reality for the underserved.

Kamala’s advocacy reaches beyond her gender, race and home state. She’s here to make moves for all human rights, regardless of how many tomatoes might be chucked her way.

During Rebecca Latimer Felton’s only speech as a senator, in 1922, she urged men to take note of women’s gifts, declaring: