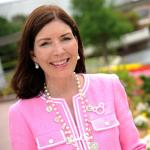 Who has round ears, a tail and refuses to wear a shirt? Oh, boy, it’s Mickey Mouse! Since 1928, this adorable rodent has charmed kids. During my latest Target trip, I noticed this famous mouse icon making a comeback with his whole family in the form of pool floats and nail files. While Walt Disney and a few other visionaries created this little dude, a woman is actually responsible for his staying power. Supposedly, Lillian Disney gingerly persuaded her husband to call the mouse Mickey instead of Mortimer. Has there ever been a time when your immense contribution to history was seemingly omitted from the record?

A handful of years before Mickey Mouse was born, Walt Disney signed a contract to produce a series of cartoons. The year was 1923 and the series, called Alice Comedies—which featured a girl named Alice in a cartoon world—marked the official beginning of The Walt Disney Company. A year later, Walt hired his first official secretary. Guess who it was? That’s right, his wife, Lillian.

Nearly a century after it was founded, the Disney enterprise has flourished in every direction imaginable, expanding its brand with its worldwide theme parks, cruises and resorts. Today’s Woman to Watch gives a glimpse into what it’s like to be in charge of such a storied yet fun atmosphere.

Once upon a time, Meg Gilbert Crofton made history as the first female president of Disney’s Parks and Resorts Division, a job that made her responsible for the Walt Disney World Resort, Disneyland Resort and Disneyland Paris. One foot through the gates of any of these places will leave you wondering how the heck Meg could tackle such a position with only 24 hours in a day, but she did. Overseeing more than 100,000 cast members and nearly three dozen hotels, this Florida State University graduate did it all.

With 35 years of experience at Disney under her belt, Meg has really witnessed the brand’s transformations. After receiving her master’s degree, she started her career at Disney’s telecom company in the marketing department. From there, she opened seven hotels at Disneyland in Paris, oversaw the largest expansion ever in the Magic Kingdom Park and transformed Disney’s many independent areas into one cohesive, global company.

Fortunately, Meg’s efforts have not gone unnoticed. The Magic Kingdom at the Walt Disney World Resort designed windows as tributes to those who made the resorts possible. Right on Main Street is Meg’s window, with her name and the following words: “We start leaders on their journeys.”

Meg has now retired from Disney, but continues her legacy through mentorship of other women.

As the creator behind it all, Walt Disney, said:

“All our dreams can come true if we have the courage to pursue them.”

November 12 Leandra Medine:
How to Boost Your Blog
June 4 Raquel Willis:
The Difference Between “She/Her” and “Them/Their”
June 19 KJ Dell'Antonia:
How You Can Be Happy Even When Your Kid Isn’t
April 15 Tata Harper:
She’s Got the Secret to Luminous Skin
May 14 Rana el Kaliouby: Focusing on Diversity Can Make Your Tech Product Better
January 2 Cindy Battino: The Power of Positivity
Home Woman to Watch Articles Videos About