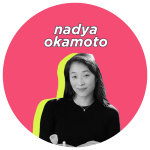 When did you first get your period? Miley Cyrus said she was on the set of Hannah Montana…in white pants. Jessie J said she and her best friend ran around screaming, not knowing what to do. In The Cosby Show, Clair Huxtable wants to have a “women’s only day” when her daughter Rudy gets her first period. The show Friends only explicitly mentioned “that time of the month” once in its 10 seasons. Periods are a part of life, whether we women want it or not. Let’s not pretend it doesn’t exist. We aren’t ladies in petticoats anymore. Let’s talk about it.

WOMEN IN NUMBERS: 800 million girls and women are menstruating

When you first get your period, you are either excited to be part of the I-am-woman-hear-me-roar club or you feel embarrassed and alone. Here’s the thing: 800 million girls and women menstruate. Like breathing and eating and sleeping, as long as we exist, we will experience it. Now, not all of our experiences will be the same (hello, PMS, hello, pre-menopause), but we’re in this together. Period power, y’all.

Nadya grew up in Portland, Oregon. By the time she was 16, her family lost their home. She spent time staying at friends’ houses and enduring a two-hour commute to school. Along her route, Nadya would befriend homeless women and children. Nadya says this is what led her to recognize her privilege, that access to sanitary products wasn’t ever in question for her. But for these women, it was.

Soon, Nadya and a classmate created PERIOD to end period poverty. It’s been five years and half a million donated products later. Nadya’s a bright light in the next generation, using PERIOD to create a movement across high school and college campuses, who have developed more than 350 chapters.

But giving away tampons and pads isn’t the only way to make an impact. Nadya knows that reform must happen at the governmental level. She’s partnered with THINX to petition the Department of Education to include free period products in public school restrooms.

School is something that’s always been important to Nadya. Heck, she got into Harvard. But advocacy is just as significant in Nadya’s life, which became apparent when she took a leave of absence to focus on PERIOD. Her book Period Power hit shelves on National Period Day, October 16 of last year.

Not everyone menstruates and not everyone has trouble talking about it or accessing period products. But, as Nadya highlights, plenty of people do, and it’s worth discussing.

“In realizing how privileged we are to have a space where our voices are heard, especially in a world where many feel silenced, I hope that people recognize the importance of cultivating their passion into a profession that benefits and empowers others.”