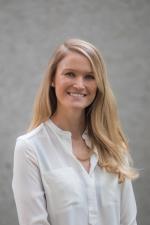 Get Involved in Your Community by Going Online

I’ve been struggling over the last year about how to be optimistic and informed. I don’t want to just fill my newsfeed with feel-good stories, but I also don’t want to start my day with hearing about yet another odious crime. Basically, I want that in-between; the Goldilocks version of newscast.

Michael J. Fox once said, “Hope is informed optimism.” My current mix includes reading investigative journalism, or pieces that are well developed, rather than articles that simply state the current facts. That, combined with lifestyle podcasts and history books, is what helps me feel knowledgeable, yet joyful. What are ways in which you are an informed optimist?

WOMEN IN NUMBERS: About Half

One of the reasons for this struggle of finding the news we want to read is there’s so much news out there that we can’t do a dang thing about. And that doesn’t feel good, y’all. But—and there’s always a but—there are plenty of actionable causes. Even when a cause is inherently depressing, taking a stance with someone can be a fulfilling, joyful experience. In July 2018, it was reported about half of all Americans engaged in activities related to politics or social issues through social media. We want to care; we want to relate.

Back in 2013, The Guardian published an essay about how news is bad for you. The author explains some of the most impactful moments in history are movements. Those are the slow-building waves that create lasting change. Those are the things you don’t see so readily as you scroll through Twitter. Those are the things we want to engage in. If you’re wondering where to get started, consider today’s Woman to Watch, Nicole a’Beckett, and her site called SameSide.

Nicole started the site following the 2016 elections as a way to easily help others host experiences that engage their community in a cause of their choice. The daughter of an immigrant, Nicole has been immersed in civic engagement since she can remember. In so many ways, she’s just like you and me, spending hours in the Target aisles and binge-watching shows on Bravo. Nicole’s the everyday woman who shows that us average folks can be activists, too.

In this influencer age, where we seem to value how many likes we get on our photos more than how our legislative branch operates, Nicole offers a fresh perspective. She says we are, in fact, all influencers. There’s always someone noticing you, noticing the things you say, noticing what you do. That means little steps of yours may very well inspire someone, without you even realizing it.

From Denver to LA to your own hometown, some of the SameSide events include screenings of The Notorious RBG and dinners with a side of LGBTQ+ advocacy. Simply put, the website empowers everyone to organize grassroots style, over cocktails or playdates or concerts or whatever tickles your fancy. These aren’t the stuffy meetings your grandfather attended in a mildewed church basement.

Nicole has tapped into what informed optimists everywhere want: intimate gatherings that are accessible and action-oriented. Anyone can apply to be a host, and you can even make money by hosting experiences. Since SameSide’s first event, more than 105 experiences have occurred, resulting in nearly 180 legislative wins. Through registration and education, Nicole’s hope is that instead of feeling hopeless, community members will feel fired up and connected in order to take on the issues closest to their hearts (preferably with a glass of prosecco in hand.)

These days, you don’t need to be a politician to have real influence. Check out Nicole a’Beckett’s four reasons you have more political power than you think by clicking here, or head over to OnTheDotWoman.com!

Let’s close with a quote by our Woman to Watch, Nicole a’Beckett:

"There is always someone paying attention to what you say and do who will be inspired. So recognize the impact you can make with your influence by using your voice and action for the issues that matter to you most."

October 11 Kate Milliken: How Sharing Your Story Can Ease Pain
October 25 Sarah Murphy Abbamonte: Standing on the Shoulders of Suffragettes
April 24 Lauren Leader-Chivée: She’s All In for Women in Politics
October 2 Kima Jones: She’s Promoting Black Female Writers
July 5 Arlan Hamilton: How to Get Unprecedented Access to Funding
May 31 Moj Mahdara: Mirror, Mirror on the Wall
Home Woman to Watch Articles Videos About