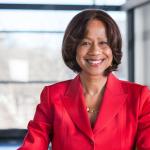 Excelling as a Woman in Journalism

FIRST THOUGHT: Write All About It

Today’s On The Dot is hot off the press, except it hasn’t been surrendered to the inner workings of an offset printing press and no preteen newsboy is shouting, “Read all about it!” from the sidewalk. News and publishing look different from a century ago and even a decade or two ago. While fake news is on the rise and there’s constant breaking news via 24/7 digital media that can be somewhat overwhelming, there are also more opportunities for women’s stories and voices to come through. If you’re a woman dipping your toe into the media biz, consider these tips from successful female journalists: Write what you’re passion about; be accessible; gain experience however you can, even if it’s through unpaid internships and volunteer work; and make it your goal to become a fact-checking pro.

In the Western world, we pride ourselves on freedom of the press, that is, the right to express an opinion and distribute information without government interference. But that freedom has been the target of attack so much of late that it’s become concerning for many in the industry. Reporters Without Borders, which produces a World Press Freedom Index every year, notes that among 180 countries, the United States is currently ranked number 45 in terms of holding those in power and the government accountable, having fallen two spots from its ranking last year.

A great way to become a smarter consumer of news is by learning more about the history and importance of the free press and the First Amendment. But where do you go to get the best news about the news? A museum, of course! The Newseum, located in Washington, D.C., is dedicated to sharing the story of news, the role of a free press throughout history and how the core freedoms of the First Amendment apply to our lives.

If anyone knows the importance of those freedoms, it’s Pamela Galloway-Tabb, the chief operating officer of conference services for the interactive Newseum. Specializing in events, coordination and making magic happen, Pamela is responsible for keeping The Newseum active in the community and in the news realm, all while keeping things running smoothly at The Newseum’s vast array of exhibits, 15 galleries and 15 theaters.

Current must-visit exhibits include photographs from every Pulitzer Prize-winning entry dating back to the early 1940s, a 9/11 gallery that displays the broadcast antennae from the top of the World Trade Center, eight massive concrete sections of the Berlin Wall, and a heart-wrenching memorial bearing the names of more than 2,300 journalists who lost their lives while reporting the news.

Pamela has long been passionate about defending and honoring the First Amendment. When the Freedom Forum, a nonpartisan foundation that champions the freedoms of the First Amendment, was formed in 1991, Pamela held the seat of vice president of general services from the get-go. And she brings that same zeal to her position at The Newseum.

The Newseum’s remarkable interactive aspects make it a particularly enlightening destination for those visiting Washington, D.C. Visitors can learn how to Weed Out Propaganda in the media and analyze turning points in history by examining newspaper front pages throughout time. Visitors can also learn about history from a different point of view with The Newseum’s education collections. Our favorite is the Women, Their Rights and Nothing Less collection, which explores how the suffragists embraced the free press to help spread their important message.

Examining our past helps us see our present and future more clearly. And being in the know is the only way to be. As Thomas Jefferson said:

“Our liberty depends on freedom of the press. And that cannot be limited without being lost.”