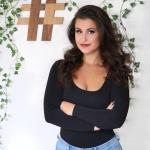 So, You Want to be an Influencer?

FIRST THOUGHT: Learn From the Past

When more than a thousand people in their 70s and 80s were polled about regrets, they had many. The biggest themes? Holding grudges and failing to express their gratitude or ask for forgiveness. I’m beginning to realize that people without regrets are most likely either clueless or callous. Aside from cute, squishy babies who do absolutely no wrong whatsover, every single person has hurt someone’s feelings. Everyone has had a mega-mortifying moment (that likely involved stairs and/or high heels.) To have regrets means you’re introspective, and that’s a good thing. If you can reflect and own up to your mistakes, you might make the right choice later on.

There are big regrets and there are little regrets. Big regrets include not racing to the airport to tell that guy how you feel. Little regrets include not waiting to buy that new luggage, which is now 50 percent off. (Honestly, I’m still fuming over that). Recently, one celeb got sued after not delivering endorsements he had agreed to make. I bet he regrets that. He’s one of many influencers promoting products or services, and data suggests that nearly 40 percent of Twitter users have made a purchase by influencers like him, who Tweeted about a product.

If you were to rewind to the year 1918 and explain to Agatha Christie or William Randolph Hearst that influencer marketing would be the best way to sell their books or newspapers, it would blow. Their. Minds. Put simply, influencer marketing is a type of marketing that identifies and works with people on social media who have influence in order to sell a product, service and so on. Today’s Woman to Watch, Rachel David, is the president of the growing ecosystem Hashtag Communications.

This Canadian company helps brands execute prosperous influencer campaigns. It does so by looking at an influencer’s expertise (that is, what kind of content the person produces), and whether or not the content aligns naturally with the brand. Of course, an influencer must be engaged heavily in social media and have significant reach.

Rachel has seen this way of public relations at nearly every angle. As a former broadcaster, Rachel turned her YouTube presence into a full-time job. So much of such a digital job is self-taught, and it’s no different for Rachel. After interviewing celebs like Daniel Radcliffe and Eva Longoria, she took a year off to learn the ins and outs of the digital space.

Rachel is still a content creator, posting a video a week with fresh ideas. She’s even been called “Canada’s YouTube mom” for the way she advocates on behalf of other creators. One way she stayed connected and forged new bonds with influencers was by hosting dinners.

Her relationship with TV networks like CBC and her knowledge about celebrity endorsements naturally led Rachel to seamlessly connect brands with influencers. Rachel says her approach might differ from the approaches of others. She calls influencer marketing a “people business,” and being a real, no-holds-barred human being connects her with influencers who are often only connected through bytes.

Rachel is a prime example of someone who carved her own path in unknown terrain. She says starting a business is like falling in love: It just kind of happens.

Networking is crucial to finding your tribe and building contacts that will help you climb up the ladder to success. Check out our five tips on how to network in a genuine way by clicking here or, if you’re listening via podcast, head over to OnTheDotWoman.com!

Fashion mogul and no shabby businesswoman herself, Eileen Fisher, said:

"Life-fulfilling work is never about the money -- when you feel true passion for something, you instinctively find ways to nurture it."

October 17 Kelsey August:
In the Arms of the Angel (Investor)
January 17 Rhonda Vetere: Estée Lauder’s Leading Tech Lady
August 15 Nadia Boujarwah:
How to Feel Fabulous as a Plus-size Woman
June 8 Jessica Mendoza: Put Me in, Coach!
July 3 Dr. Prineha Narang:
This Scientist Will Make Our Everyday Lives Easier
May 27 Luciana Lixandru:
The Secret to Success Isn’t on a Spreadsheet
Home Woman to Watch Articles Videos About