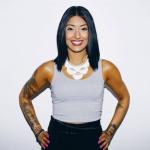 From Life Crisis to Life Coach

Therapy is cool, y’all. There, I said it. It’s one of those things you don’t think anyone does, but then one person says they do it, and everyone else is like, “Me too!” and you feel less alone. Actress and my personal girl crush Kristen Bell put it perfectly: An honest proponent of couples’ therapy, she explains if trainers can help with your workouts and recipes, thus helping with your cooking, so why would you be embarrassed by needing a little extra guidance with life? Let’s be the generation of self-care and self-love. Let’s continue to destigmatize mental health issues because—this just in!—life is freaking hard, and help comes to those who ask for it.

One reason you might delay making that therapy appointment or signing up for that counseling app is either you don’t think your problems are big enough, or you think your problems are too big to fix. That’s nonsense. Talk to someone. According to data from the World Health Organization, two-thirds of people diagnosed with a mental disorder don’t get help from a health professional.

Today’s Woman to Watch, Ruby Fremon, isn’t afraid to talk about mental health. She’s that bestie who tells it like it is, even when it sounds mega-harsh. As a life and influencer coach, Ruby is here to call you out on your BS, so saddle up, ladies.

Let’s rewind and explain what a life coach does. I heard once the difference between a therapist and a life coach is that one looks at the past, while the other looks towards the future. Unlike therapists, life coaches can also be fairly unguarded. Many of them have a social media presence, making you feel like you know them better and that you can open up more freely. All in all, life coaches help clients set personal and professional goals, which is exactly where Ruby excels.

Ruby comes from a familiar place: She struggled with depression and anxiety as an early teenager, and attempted suicide in her early twenties. As a former marketing director for a nightlife company, Ruby felt trapped in her manipulative relationship and toxic friendships. Her moment of clarity to change her life wasn’t a moment at all, but rather, a result of several steps and missteps along the way. While partying one night, Ruby hit her head on a concrete floor and spent the next two months with post-concussive syndrome, unable to leave her apartment and suffering in pain. That isolation would give any girl time to think, and it led Ruby to pursue a life coach certification.

In addition to one-on-one sessions, Ruby has developed a couple of courses. One, called “Unleashed and Unapologetic,” pushes participants to get over that whole “imposter syndrome” drivel. Ruby also offers a three-day event she dubs a change catalyst bootcamp called “Amplified Soul Live.” Clients rave about her rawness and her ability to provide tools to stop you from holding yourself back.

One way in which Ruby suggests you start on this journey of self-discovery is through the acronym CPR: courage, persistence and resilience. As Ruby describes, you must have courage to stifle your inner critic, persist when things get tough and bounce back when you mess up. As Ruby shows us, we all experience terrible things, but we are also all born with courage. We just have to trudge past the fear to get to it.

Our minds can be our biggest enemies. Don’t let negative thought patterns keep you from starting something you’re passionate about. Check out three ways to overcome pesky thought patterns by clicking here or, if you’re listening via podcast, head over to OnTheDotWoman.com!

Known for her stages of grief, psychiatrist Elisabeth Kubler-Ross said:

"The most beautiful people we have known are those who have known defeat, known suffering, known struggle, known loss and have found their way out of those depths."