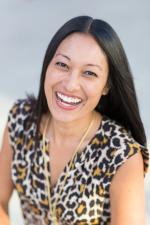 How to Make the Most of an Unpaid Internship

FIRST THOUGHT: Women Have it All

A few episodes into Say Yes to the Dress, you’ll realize women can be downright cruel to each other. For 15 seasons (Say what?!), cameras follow brides-to-be and their families at a haute bridal shop in New York City. One bride melts down in front of the seamstress about a neckline, while another almost gets into a physical brawl with a mother-in-law. Have you ever had an experience with another woman that makes you see the appeal of a bros-only atmosphere? I definitely have, but I’m starting to realize for every “frenemy” woman, there’s one woman who’s got your back, no matter what. Today, be one of those women.

When our Dot Squad hits the streets, people often ask how we find so many badass ladies to feature. Here’s the thing: Women to Watch are everywhere—seriously. Women are doing phenomenal stuff. Money talks, y’all, and with 10.1 million women-owned businesses in the United States alone, women are generating $2.3 trillion—that’s with a “t”—every year.

The next time you’re at a fabulous event, ask who’s in charge of it. Chances are it’s a woman. It might even be today’s Woman to Watch, Stephanie Uchima, an entrepreneur who happens to be one of those women supporting women I mentioned.

Stephanie has dabbled in several industries, from real estate to health care, but she found her true calling in event planning, design and production. After getting her master’s degree, Stephanie became an unpaid intern for a local event planner in her late 20s. Like other post-grads affected by the unpromising job market, Stephanie couldn’t find her dream opportunity.

Though it isn’t exactly ideal to work for free, Stephanie gained valuable experience at her internship, and went on to start her own event-planning biz in 2011 with a mere $5,000. She’s an example of someone who uses both her left and right brain, a self-described numbers cruncher one minute and a creative entrepreneur the next. That combination is a serious recipe for success.

Through Stephanie Uchima Events, Stephanie connects the dots for women in the event-planning field. A few of Stephanie’s services include one-on-one business therapy and a one-day intensive course for busy women who want to whittle down their to-do lists. Not everyone has a businessperson in her life who’s open to a little brain-picking, but from finding focus to creating an action plan, Stephanie fills that gap for fledging entrepreneurs. One Los Angeles-based planner says Stephanie was instrumental in connecting the dots between her initial business idea to a full-fledge profitable company.

Stephanie has a Confessions of a Mompreneur series on her Facebook page, in which she opens up about feeling “sad and disappointed” in herself for not achieving goals she set a year prior because she has a new baby girl and had been healing from a C-section. One of the projects that sat on the back burner during that time in her life was her blog. By not taking a blog and breaking it down to bite-sized tasks, Stephanie felt overwhelmed. Like most of us, when overwhelming feelings crept up, she bailed, making her relatable to every one of us entrepreneurs.

When Stephanie isn’t leading other women to live their best professional lives, she volunteers at an incredible organization called Sandpipers. For the past seven years, she has climbed the ranks to director of special projects, all while distributing more than a couple million dollars to LA’s South Bay community.

The so-called Iron Lady of Israeli politics, Golda Meir, served as prime minister in the late 1960s. Let’s close with a quote from this fierce yet comfortable woman:

“Make the most of yourself by fanning the tiny, inner sparks of possibility into flames of achievement.”