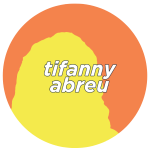 One lesson I learned back when I (poorly) played volleyball happens to be something that’s impacted my career. The coach would furiously yell at us as we stood there in our kneepads and spandex shorts. “Call it!” she’d scream.

Experienced volleyball players communicate often, chattering about and making sure they yell “got it” so teammates aren’t knocking into one another. Little did our coach know the complex high school dynamics that were being played on the court, too; Jenna was mad at Jessica for something and wasn’t going to call it. Also, let’s be real: We were lazy. Today, take a page from sports and up your communication game.

Spoiler: We’re talking about a badass volleyball player today who transitioned. Volleyball has long been seen as a women’s sport, though any able-bodied person (besides me) can be a superstar. As we begin to realize that gender is fluid and diversity in sports is needed, people are doing more studies on what it’s like to be a trans athlete. In 2015, a study concluded that trans women who underwent treatment for lower testosterone levels didn’t perform better in competitions against other women than they did when they played in men’s competitions.

Tifanny Abreu grew up in Brazil and started playing volleyball at 17. Born a man, she transitioned to a woman in 2012, Five years later, she met all the qualifications to play in the women’s volleyball league. Her acceptance into the league caused controversy in her home country, in part because people have a heck of a lot of preconceived notions.

One of those notions is the idea that Tifanny is inherently stronger. A coordinator for transdisciplinary gender identity explains that the one thing that might differentiate Tifanny from other women is her training. For example, a men’s league may offer different techniques and approaches to volleyball compared to a women’s league. According to Tifanny, she has some disadvantages compared to cis women. Her high hormones mean it takes her longer to recover from exhausting games and injuries.

Let’s talk how Tifanny is on the court. She’s scored the most points in a single match in Brazil, and she straight-up dominated games in 2017 and 2018. Because volleyball is super physically demanding, a huge majority of players retire in their early 30s. They might go on to become coaches themselves, but Tifanny has different plans.

While she hopes to qualify for the 2020 Olympics, Tifanny announced last year she was running for Congress in her home country. If she wins, she’d be the first trans lawmaker in Brazil’s national congress. Tifanny says she wants to run to advocate for LGBTQ rights because she’s been the recipient of transphobia.

One voter said she never thought she’d be able to vote for a trans candidate. Tifanny’s promises included placing a female police officer at every station to handle violence against women and LGBTQ cases.

A local party leader describes Tifanny as a reflection of Brazil’s progressive ideals. To many voters’ surprise, Tifanny ran in Brazil’s conservative party. Brazil’s current president has a dismal 2 percent approval rating and is unfavorable to minorities, but Tifanny wants to change that.

"People like me need to occupy spaces in national politics in order to govern in LGBT people's interests and also to reverse the stigma about trans people."