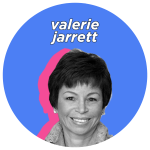 The White House was instituted in 1791 when, believe it or not, a design competition for the House was set up by George Washington. (I imagine a bunch of carrier pigeons just went around dropping scrolls on architects?) IDK. President Washington never got to roll around in the Oval Office chair, though, since it took nearly a decade to complete construction. Then, the British set fire to the structure. By 1902, the White House changed its face a little, including the addition of what’s now known as the West Wing. Teddy Roosevelt gave the White House its name - which is a bit on the nose, if you ask me. Regardless, now, the House is a symbol of both history and the future.

People used to be able to mosey around in the White House. Like, “Hey Teddy, I want to talk about taxes and invite you to dinner,” I assume. We now know that you can’t even jump the fence without getting pummeled. But there is one way you can connect with the people in the White House: Write a letter or send an email. The House receives more than 50,000 letters a week. Chances are if you write one regarding a cause you care about, it won’t go unnoticed.

Does the name Valerie Jarrett ring a bell? She spent eight years alongside President Obama as his senior adviser. She’s the longest-running senior adviser to date - and now, she’s moving into a new season of her life with the release of her new memoir, Finding My Voice.

Valerie was born in Iran and traveled around before settling in Chicago. The Windy City in the 60s was shaped by racial and gender divides, something Valerie experienced firsthand as an Iranian-american woman. The environment no doubt helped form her progressive values and stamina for politics. But she didn’t know then that politics was in the cards for her.

After graduating from the University of Michigan Law School, Valerie dedicated her career to corporate and real estate law. It was in the late 80s that Valerie took her skills to the political sphere. With tenacity and a thorough approach, she caught the attention of Barack Obama.

Valerie joined his 2004 Senate campaign as the finance chair. Over the years, she earned Obama’s trust and helped him shape some of the policies and measures he’s most known for, like free birth control.

As Valerie recalls her time on the political circuit, there’s a clear moment when everything came together in her career. It started with simply doing her job at the time - doing it well, - but also showing her friendly side, too. Valerie was responsible for hiring a lawyer to work for the Chicago mayor in 1991. Who’d she hire? Well, Michelle Obama of course. Thus, a lifelong friendship with the Obamas, both a personal one and a professional one, blossomed.

Now, Valerie is expanding her reach as a board member of Lyft and a distinguished senior fellow at the University of Chicago Law School. One of the qualities that Valerie says helped President Obama’s presidency, and certainly in her position, was that he put his faith in those whom he hired. Valerie mentions this particularly in regard to the attorney generals at the time. Delegating to the experts, Valerie says, is what every good leader knows how to do.

"Leadership is about making others better as a result of your presence and making sure that impact lasts in our absence."