How to Make Time for Dating When You're a Workaholic 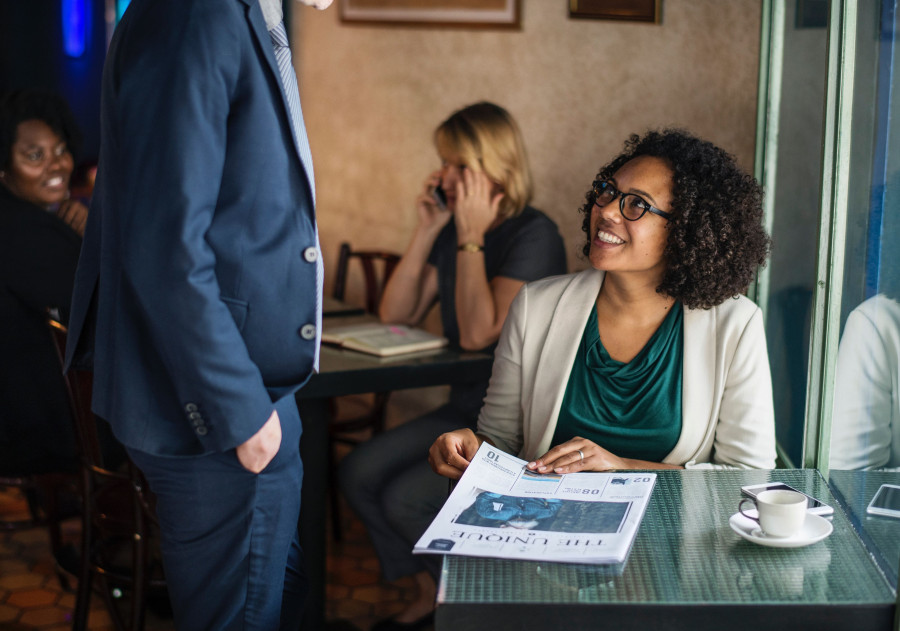 It’s pretty common knowledge that anything worth having takes a lot of time and dedication. After I graduated college, I toughed it out for a while before getting my first ever paid writing gig, and looking back, I wouldn’t change a thing. The same logic goes for my boyfriend, whom I love dearly. People, it took me 26-and-a-half years to find him, and I'm so glad I did. It's important to note, though, that that night, I made the conscious effort to leave my snuggly apartment and go to the bar even when I felt like staying in.

People think hard work only pays off when it comes to, well, actual work. But hard work pays off everywhere, including your dating life. Ask anyone who’s ever been in or is in a long-term relationship, and they’ll tell you it isn’t all rainbows and butterflies. It’s nights staying up to talk through stuff even when you don’t want to, spending time with your in-laws when you really don’t want to, and being able to put someone else’s needs over your own.

A lot of millennials aren’t prioritizing long-term relationships these days, but that’s not necessarily because we don’t want to. We’re all super ambitious when it comes to our careers and, well, there are only so many hours in a day. But if you’re one of those millennials that works hard, is tired of being ghosted on dating apps and wants a fruitful love life, read on.

If you're married to your career, you'll have a tougher time, er, getting married. Forbes shared some data which revealed that 41 percent of millennials would end a relationship for a promotion. While it may seem harsh to axe the person you’re dating to, say, embark on a cross-country move for a salary raise, the whole thing is kind of like the chicken and the egg conundrum: Because millennials are overworked and underpaid, they sort of have to take that job elsewhere if they want to even make enough money to pay for dates, eventually pay for a wedding and all that jazz.

Relationships certainly aren’t free, even for women. Dating culture is more feminist than ever, and more women are picking up the check or double-dutching with their dates—meaning we’ve got to have not only the perseverance, but also enough disposable dough lying around to date.

The number one reason single women are single? They want to be on good footing before they enter relationships. 23-year-old Megan told Mic: “No matter how much a partner could bring a level of sparkle and support to my life, ultimately I will be spending the majority of my waking hours working, so any partner who I devote any of my precious time to needs to understand and value my commitment to my work."

…But They Want Both!

OK, so let's say you want a boyfriend, and you’ve begun to make the time to work toward that goal. You’ve realized your life isn't Sex and the City and that you’re most likely not going to bump into the man of your dreams on the sidewalk. Boyfriend-hunting is kind of like job-hunting in that you’ve got to be in the right place at the right time, and if you’re feeling the heat to settle down, rest assured you aren’t the only one.

In a study, Match.com found that millennials are 177 percent more likely to feel pressure to get married than other generations. This pressure most likely is due to a number of factors, like seeing Instagram couples that seemingly have it all together:

Here’s How to Juggle A Successful Career and Dating

It’s tough to juggle a fulfilling personal life with a fulfilling professional one. We only have so much energy. That being said, finding time to date as a workaholic is doable; you've just got to learn how to pick your battles.

Think of work as your day job and dating as your evening job. Dating shouldn’t seem like a chore. But, you guys, if you want quality results, you’ve got to put in the work. Instead of lounging on your couch after work, set personal goals for yourself, the same way you do at work. Make it a point to talk to match with and talk to two guys every night on a dating app.

The more you get yourself involved in work-related events, the more likely you are to meet someone. And, not only that, but relationships can often be more likely to succeed when your SO is in your industry because, hey, you've got stuff in common!

Understand slaving away all day doesn’t have to be your reality. We live in a world that glorifies endless work hours. (See: Your Instagram feed, where women post pictures of a glitzy home office and caption them “12-hour days make it all worth it,” and things of the like.)

Constantly being inundated with mantras like “Slay all day” and “Hustle” actually make you feel like you aren’t doing enough when, well, you actually probably are. While hustling is important, it’s also important to know your boundaries, so don’t take “Slay all day” quite so literally. If you do the math, you'll realize you just can’t spend 12 hours a day working and still make time for dating (unless you're Superwoman and have insane amounts of energy).

My advice? If you really want a relationship, cut down to an 8 or 9 hour work day, use the spare time to find a SO, and then bump your day up to 12 hours if you so please. It’s easier to work 12 hour days when your SO is already by your side versus trying to date within that limited time frame.

To sum up, the one thing you aren’t making time for will actually help you make the most use of your time in the end. So make time for dating.