Millennials Are Broke. Who's to Blame? 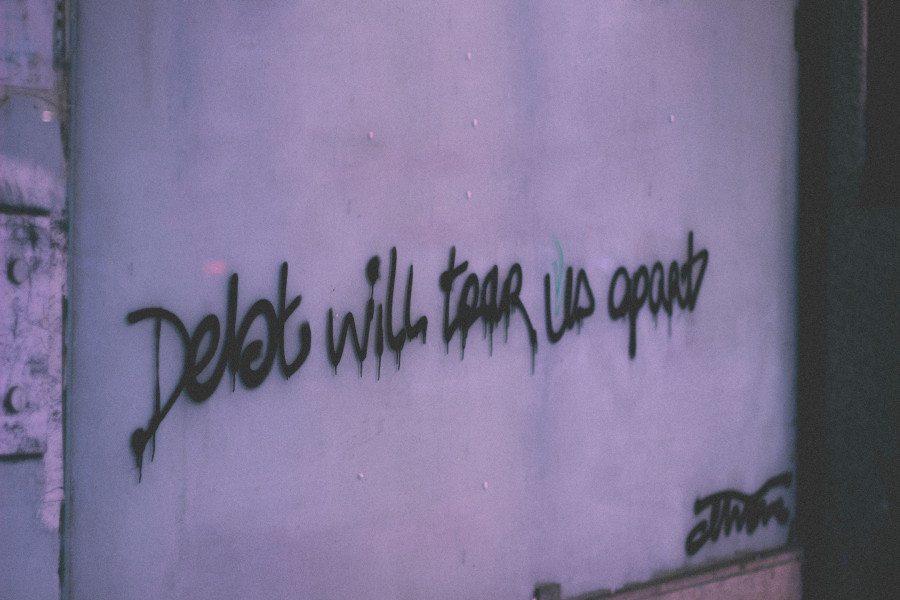 You may have recently read On The Dot's exclusive survey about how there are a ton of female millennials who are unhappy with their current work environments. To be more specific, an alarming 40% of my peers are dissatisfied with their work because they don't make enough money. While most millennials don't expect to be millionaires, they still struggle to get by—and some of them are in mountains of debt.

From the survey, one particular millennial's answer stood out to me. When asked if she felt she's accomplished everything she's wanted to by this point in her life, she said:

"No. I am 29, and I was hoping to own a home and start a family by this age. Due to my student loans, I have been put back several years from buying a home...".

The more I browsed through the responses, the more a pattern began to emerge: young, college-educated women in debt.

"Am I happy that I'm 27 years old and working as a waitress on the side while having a bachelors degree? No, but hey, it's a job."

"Would like to have a better car, loans paid off, but know that won't be for a while."

"Current 25-year-old me is in graduate school, unemployed, living in her parents' house..."

What I couldn't understand is why my smart, ambitious peers are unemployed, broke, or still living with their parents. So I dug deeper.

Millennials are no-doubt go getters, and it's more than just I that wants to get to the bottom of our merciless money woes. GENFKD is an advocacy organization fighting for millennial reform in education and the current economy. Last year, FOX Business Network featured GENFKD's co-founder and executive director Justin Dent on its "Millennial Money" series, where Justin shared some insight on the link between unemployment and college education. His research team discovered the following:

This stat is in line with what I and many of my survey peers have experienced at some point. After graduating college and before actually working in journalism (which is what I paid New York University the big bucks for), I'd worked as a bartender, a waitress and a retail associate, while praying for a gig in my field to finally come my way. You can bet your butt I spent nights crying myself to sleep, wondering why I wasn't able to find work in a field I paid nearly $300,000 to master at one of the country's top universities.

My problem was a unique one; baby boomers, for example, spent less than half of what millennials spend on college tuition, which means millennials are the first generation that's found themselves massively disappointed and massively in debt.

Justin and his team at GENFKD highlight this issue. He explained:

Justin's research also found that 69% of millennials would buy more stocks and bonds if they could, but they have no idea where to get the money to even invest.

So, we aren't investing in the stock market, the way our moms and dads did (and still do.) But millennials are smart, and some of us have found a solution to the whole went-to-college-but-now-what? thing: We're investing in ourselves, instead. We want to succeed, and we're using innovative ways to do so: Some millennials are ditching college altogether and becoming Internet famous, vlogging on YouTube and partnering up with brands to make money. Others are starting their own businesses, becoming their own bosses and impressively making enough dough to make running a business their full-time gig.

The thing is, we have to be innovative. The Bureau of Labor Statistics reported that though 228,000 new jobs were added to the U.S. economy in 2017, they aren't exactly the jobs college-educated adults want to snag. These added jobs were primarily in low-paying industries like the service industry, which typically also provides more part-time work than full-time work.

As CNBC commentator Robert J. LaBombard pointed out, recent college grads are leaving college without the necessary tools they need to effectively job hunt. While alumni networks and career centers do exist, they don't prove to be very useful to students: Only 36.6 percent of students who actually visited their college career centers rated their experiences as highly useful.

As for me, it wasn't college that gave me the tools to succeed in my career. It was my passion. One particularly revelatory night, while working the 8 PM-4 AM shift at a bar on St. Mark's Place in New York City, I realized I couldn't do it anymore. I can't tend bar for a living!, I thought. I went to college to become a journalist. That same night, I threw in the towel (literally), cashed out and quit on the spot.

The following morning, I started a blog. I figured if I couldn't get paid to write, I might as well still write. My blog slowly gained some traction, and six months after quitting my bar job, I was hired at a media company to write full-time. Now I'm an editor, and it's important to note that this upward movement in my career would never have happened had I not gotten started all on my own.

It wasn't college that gave me the tools to succeed in my career. It was my passion.

My Advice? Weigh the Price.

GENFKD's Justin Dent advises millennials to weigh the price of college and graduate school: He says if you want to go to school for the social experience—y'know, the frat parties and such—it's worth going. But if you're paying tuition solely with the goal in mind of scoring a job, you may need to think twice before applying.

I whole-heartedly agree with Justin. Really think about college or graduate school before you decide to go. Unless you're going into a profession that requires higher education, like medicine, dentistry or law, you may not need to go to school. You may be just fine starting a YouTube channel, crowdfunding a nonprofit or freelancing, all without obtaining that pricey education. Finally, you won't be buried under pounds of student loans and struggling to pay rent.

Whether it's in lieu of college or immediately post-college, begin your job hunt with internships, networking events, turning ideation into action, and meeting people on the streets of the city you live in. Finally, whatever you do, just get started. "Street smarts," as it turns out, give us the knowledge and confidence to chase our dreams—and my friends, there are some things you just can't learn in a classroom.