Why Female Millennials Are Unhappy at Work 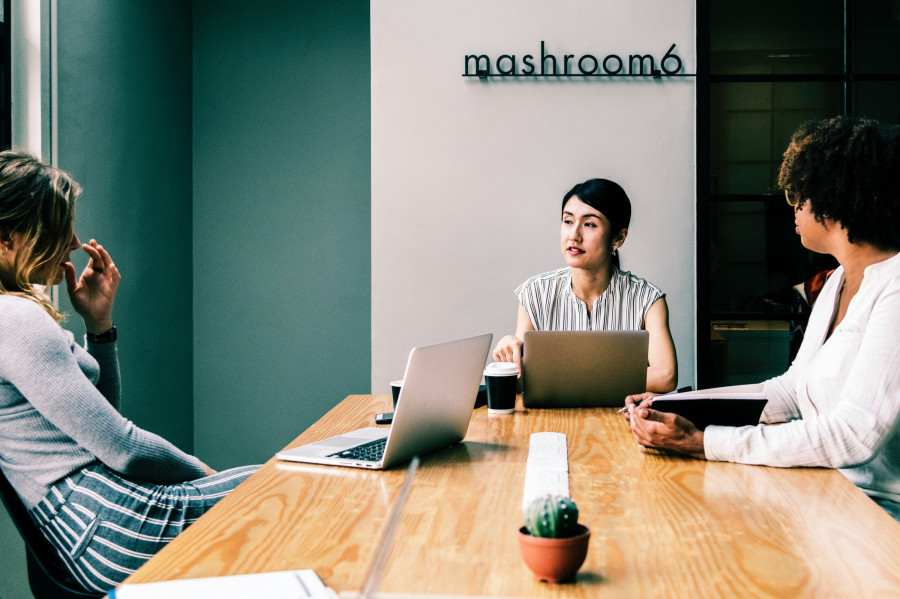 My girlfriends and I usually have really productive talks. We're your typical millennials: y'know, just floundering around, trying to figure this whole "life" thing out.

At 27—soon to be 28—I fall somewhere in the middle of the millennial spectrum, and most of my friends are anywhere from 24-30 years old. Just the other day, they were telling me (in our group chat, appropriately titled "The Lovlee Ladieez") about how they're struggling to get exactly what they want out of their professional lives:

Our conversation got me thinking: why do so many millennials, especially women, feel dissatisfied with their jobs? We're young, smart and have the world at our feet. The numbers show that more than ever, young women are getting college degrees, joining the workforce, putting off having kids and even beating out men for higher-paying jobs.

But the stats also show that more than half of millennials, particularly younger millennials aged 18-24, still live in their parents' homes. These numbers are an accurate reflection of the crippling costs of college, but also the current job market.

On The Dot is all about empowering young women by providing them with entrepreneurial role models and mentors, spreading the knowledge and secrets they need to succeed. Well, young women are clearly struggling, and they need to be heard. To get the scoop on what's happening amongst my female peers, On The Dot exclusively surveyed 100 female millennials. What I found wasn't surprising, but disappointing and very enlightening:

When we asked female millennials why they don't feel fulfilled at work...

When asked to elaborate, the women who said they don't like their job credit stressful environments and their bosses to making work difficult. One woman said, "I like my job objectively, but my boss makes working for the company difficult," another said, "I enjoy my job, but the stress level is too much," and yet another said, "I've quit working for someone else and now do online marketing from home and I am finally satisfied."

In general, most people are satisfied with the career fields in which they've chosen to work.

...And many don't feel a sense of purpose.

When asked what a "purposeful" life meant to them, many millennial women expressed having the same values, including:

• Doing something to help others/to make the world a better place
• Being able to work in a stress-free environment
• Not to let financial constraints keep them from doing what they love.

They also tended to agree on the factors they believe are holding them back from a purposeful life, including:

They feel "behind" in both their personal and professional lives.

• 10% of respondents said they feel they've accomplished everything they've wanted to in both their personal and professional lives thus far.
• The rest of the respondents said they feel "stagnant" and "behind," citing a lack of finances and "toxic" work environments as roadblocks to their dreams of becoming homeowners and getting married. Particularly, women approaching 30 value wanting a family and feeling financially independent.

So, Are We Happy?

While it's great that most female millennials are happy, close to 40% aren't, and that's a huge deal. The consensus is the unhappy ones feel unfulfilled in their professional lives, which is delaying the dreams they have for their personal lives. Simply put, women want it all (and rightfully so).

The thing is, they can have it all. They just need to know where to start. When looking at these stats, it's easy to understand why so many millennial women stray from working for other people and start their own businesses, instead (just take a look at our featured Women to Watch that are doing really awesome things!) But having it all takes vision, a little bit of money and, most importantly, a whole lot of guts.

Now that we here at On The Dot know exactly what is irking all the women out there (and why), we're even more committed to helping solve the problem. Stay tuned and stay curious.