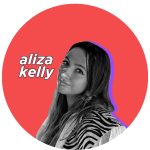 FIRST THOUGHT: In the Stars

Let’s talk about horoscopes. Now, whether you believe in astrology or not, there’s something truthful about them. Celebs like Gigi Hadid and every Real Housewives on television mention their sign as a way to explain themselves, who they are, or at least, who they hope they are. Each sign has its light and its dark aspects, just like each one of us. So while Sagittarius might be blunt at times, they’re also eager; while Pisces tends to be empathetic, they can also be hypersensitive. That’s the extent of my astrological knowledge, because let’s be real, don’t we know the most about our own sign? #aloofaquarius

OK, confession time. I always knew two signs, mine and the person I was crushing on. Tell me I’m not alone? I know you’ve Googled horoscope compatibilities, don’t lie. Apparently, women are more interested in horoscopes than men, with 28 percent versus 23 percent. I think if we could all have our own personal astrologer, as I imagine Beyoncé and Jay-Z do, we’d all be trying to see what’s written in the stars.

One fun take on sun signs and moon signs and all the signs is memes. You’ve seen them with Kermit the Frog being a real Gemini or something like that. There’s something about the visualization that makes more of an impact, and that’s why I’m a big fan of today’s Woman to Watch. If you’re on Instagram, you’ve probably seen her previous consulting work on this company’s grid: Sanctuary World.

Sanctuary World has these beautifully designed, colorful yet minimalistic images that are almost addictive. One shows what each individual sign would text and honestly, these sign images totally nail it. At the base of this rising ‘gram account is renowned astrologer Aliza Kelly. And in fact, there’s a Sanctuary World app that goes much deeper than social media algorithms.

The first app to be backed by venture capital, Sanctuary gives you daily horoscopes and offers one-on-one chat sessions with astrologers like Aliza and nearly three dozen others. Think Miss Cleo answering that corded phone except in 2019. I wonder what she’d think. The biz is led by a seasoned man in media, and for a simple daily horoscope and “power” emoji, it’s free.

There’s something special about Aliza that sets her apart from a Google search of astrology readings. She’s excellent at interpreting—the skill of taking what she knows and conveying it to regular folks. It’s no surprise that she’s been a regular contributor of sites like Bustle and Girlboss. She is also the resident astrologer for Cosmopolitan.

Another quality that keeps clients coming back for more? Aliza and Sanctuary make it fun. It’s not all grand claims. Instead, Aliza gives a breath of fresh youthfulness that’s encouraging and infectious. Last year, she published a book of cocktail recipes based on the signs (cheers!). This year, she published a guide that explained astrology and each sign in depth.

One of the most important aspects of Aliza’s work is listening to her intuition, while guiding clients and readers to do the same. Haven’t talked to your gut in awhile? Aliza suggests imagining your intuition as a childhood friend. You know her but she may have changed since you last spent time together. Then, make daily time to chat with her. It might be weird at first but it might just be exactly what you need.

"Simply put, when things are extra crazy on Earth, humans’ primordial instinct is to look up at the stars."