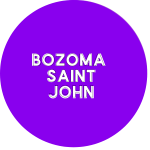 FIRST THOUGHT: Choose Your Own Emotion

As I sat in a sports bar watching a football game, I felt like I was a researcher studying human emotion. Beside me, a guy leaping with joy. In front of me, a woman shaking her head in disgust. We have eight basic emotions—joy (touchdown!), trust (they’re going to win, I know it), fear (why did I bet on this game?), surprise (hail mary, what!), sadness (another loss for the record book), disgust (is he even trying?), anger (where’s the defense?), and anticipation (can’t wait for next week). If a fan can go through this cycle more than once throughout one football game, give yourself a little grace if you go through the wheel during a day’s work.

We all know what the sexists say about women; we’re too emotional. Again, take a look at the teary dude watching the 49ers in Applebee’s and say that again. Emotions can be an asset in any environment, particularly if you’re a leader. So, male or female, consider putting your heart on your sleeve a bit more. Only 6.6 percent of women are Fortune 500 CEOs, so emotional or not, let’s put more lady bosses in the power seats, yeah?

Some women are just magnetic and Bozoma Saint John is one of them. Nicknamed “Boz” for short, this powerhouse woman is cooler than all of us combined. She’s been an influential person behind some of the most unique marketing and advertising campaigns.

Boz began at Apple when she was hired by Uber in 2018 to help with their image problem. She spent a year in the chief brand officer role before deciding that she’d rather work on multiple brands rather than one single company.

That’s what she’s doing now. Boz was hired on as the chief marketing officer for William Morris Endeavor. Known for her “strong creative vision,” Boz is responsible for working with large brands like Visa, Under Armour and DirecTV.

Boz doesn’t shy away from topics like diversity and gender equality in business and entertainment. She has a unique, global perspective, having moved to Ghana from the states at just six months old. Boz returned to America as a pre-teen, later graduating from school at Wesleyan. Boz attributes her dad as being her biggest inspiration.

Now, at William Morris Endeavor, Boz gets to be an inspiration for people like Michael B. Jordan and a little company called the NFL. A self-described “connoisseur of pop culture,” Boz has a genuine sense of what works and what doesn’t in marketing. It’s something that keeps the notoriously curious Boz on her toes.

“It's important to be an ally. You don't have to be a black woman to think we should have more black women in tech.”

November 4 Jahana Hayes: Meet the 2016 National Teacher of the Year
October 11 Carolyn Cole:
How to Own Your Power
July 27 Dionne Wright Poulton:
Biases Can Affect Your Career Success
June 19 Rose Afriyie: She’s Providing Relief for Families in Need
November 14 Nadine Bubeck: She’s a Miracle Mama
May 2 Ursula Burns:
No One is Immune to Living the American Dream
Home Woman to Watch Articles Videos About