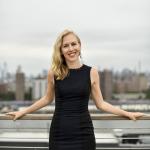 This Syndrome is Killing Your Career

In late May, the World Health Organization announced that burnout isn’t just in our heads. By 2022, burnout will be included as a syndrome in the International Classification of Diseases. Do you feel your energy depleted? Do you feel mentally distant from your job? Got negative feelings or flat-out cynicism? Consider yourself diagnosed with the burnout bug. Aside from flipping your manager off and burning the place down, some ideas that might help you include using your break time wisely by going for a walk. Take a vacation sooner rather than later and, most importantly, really plan for active forms of self-care.

Burnout can be more serious than a little absentmindedness and bad moods. It can seriously affect your physical health, from cardiovascular disease to diabetes. When Gallup polled 7,500 full-time employees, 23 percent of them reported feeling burned out. Is an early death and depression worth stressing about that email you’ve got to send at 10pm? Short answer: hell no.

WOMAN TO WATCH: Erin Sauter, Co-founder of From Day One

Burnout seems to be a phenomenon driven by our 24/7 connectivity and, in my opinion, wanting to keep up with every other hustler you see on the ‘gram. When we were in small communities of, say, 100, it was easier to feel like the expert or the best at something. Try feeling that way with the billions you see online.

Now, the Internet is here to stay, so what can we do? Erin Sauter has an idea. She’s the co-founder of From Day One, a conference series that has a cross-disciplinary approach. Bringing together executives and people from areas like human resources and marketing, From Day One explores the idea of implementing corporate responsibility, transparency and diversity into the workplace.

The idea of From Day One didn’t pop out of nowhere. Erin has a decade of experience at Argyle Executive Forum, where she rose up the ranks to vice president. The biz connects senior-level execs from Fortune 1000 companies. Those years helped Erin understand how executives’ wheels turned, and how transparency in the workplace can help relieve employee burnout. Oh, yeah, and she grew the membership community’s two annual events to more than 300 annually. This year, From Day One will come to cities like Dallas and Denver, with speakers from companies like Salesforce and Everlane.

From Day One acknowledges a growing trend, particularly among millennials, of choosing to support companies that value things their employees do. Erin says that it doesn’t matter if your biz has a handful of employees or thousands; if you’re engaged and listening to your employees’ needs, you’ll be on much more stable ground.

Some of the topics explored at From Day One conferences include tackling unconscious bias, pay equity and something called “organizational empathy.” That’s the concept of spending time to get to know what your employees work on every day, and sharing customer feedback in real-time.

Erin earned her bachelor’s in theater and, like being on stage, she believes that a company’s success relies on collaboration rather than competition. Whether acting or singing, recruiting or managing, being open to learn from others and grow mindful practices benefits not only you, but also those around you.

Nobel-prize winning scientist Marie Curie didn’t do her work solo. She worked with plenty of men alongside her. She said:

"We must believe that we are gifted for something, and that this thing, at whatever cost, must be attained."

May 22 Leanne Pittsford:
How to Be an LGBTQ Ally in Tech
June 20 Kerrigan Behrens:
What You Don’t Know About CBD
September 24 Jenny Zheng:
Let Your Culture Guide Your Business Idea
May 14 Stacey Abrams:
Why Your Story—and Vote—Matter
January 30 Nicole a'Beckett:
Get Involved in Your Community by Going Online
April 5 Jan Ryan: Why You Should Quit Your Job
Home Woman to Watch Articles Videos About