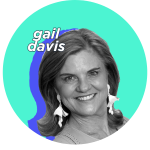 This is the Secret to Public Speaking

At some point or another, you have to engage in public speaking. Maybe you’re already a natural, maybe you’re in a full-blown panic just hearing those words. It’s OK. There are plenty of ways to prepare for your big debut. To start, tell an anecdote or staggering statistic. This will capture that sleepy dude’s attention in the back.

Use your phone to record yourself. Are you going too fast? Are you saying “like” a, like, ton? Practice. Set the tone for the rest of the speech. If your pace is perfect at the beginning, chances are you’ll keep it that way until the end. Oh yeah, and lift your shoulders. You got this, girl.

Sometimes the room matters. Some women can talk to a crowd of 100 but fumble during a small conference call. Everyone knows that fear of public speaking is the biggest fear of them all. Unfortunately, that fear is something that keeps people back in their career. In fact, 15 percent of workers would be promoted if it weren’t for that fear. That’s a high number, which means if your self-consciousness or anxieties are holding you back, you ain’t alone, sister.

Gail started the company GDA Speakers near the millennium. It’s now one of the most prominent speaking bureaus in the world. She got started in the workforce as a summer intern before working in corporate events. Part of that position included seeking out speakers for large audiences. It helped power the idea that, hey, it should be a heck of a lot easier to secure speakers.

If you’re like me, you’ve never really thought much about how an event gets speakers in the first place. Now, Gail works with clients to connect them with the best speaker for the job. GDA Speakers does the stuff that you don’t want to do, like booking travel and creating an event itinerary.

When a client comes on board, they decide an area of expertise, and Gail and her team find a candidate. Some of the most popular topics include organizational change and plain-old inspiration. Gail’s biz has provided speakers in nearly all states and more than two dozen countries.

There’s plenty to be grateful for, and Gail says she writes out ten things she appreciates every morning. It’s an invigorating way to start the day. Over the years, with plenty of trial and error, she’s learned to not overschedule and to avoid an absolutist mindset. No “nevers” and “always” for Gail!

Now, Gail is adding something else to her plate. It’s a podcast that she hosts with her son, which has turned into a family business of sorts. She notes that Annie Oakley and Barbara Walters were her female role models on her career journey, and that she realized more women needed to be in the spotlight.

Speaking of more women, the majority of Gail’s employees are women - which was certainly a purposeful decision. Gail believes one way to empower the people who work for her is to encourage them to not be glued to their office desks: that they should get out, see the world, and come back with stories. I like Gail’s outlook on life and may take a page from her book.

We’ll conclude with a quote from Gail Davis:

"I'm fortunate because I find inspiration in the act of running our business. ... Every single day, what I touch in terms of our product is inspiring. I refill the tank every time I interact with the people we represent."