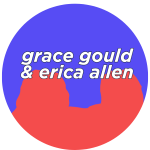 How this Company is Shaping the World of Sex Tech

For years, I wanted to wear lipstick, but I didn’t. I wanted it to look perfect, with crisp lines like Gwen Stefani does it. The few times I would put it on, I’d be self-conscious, worried it might be on my teeth or smudged in some embarrassing way. Then, I just thought, screw it. I wasn’t going to achieve the perfect cupid’s bow by not applying the stuff on in the first place. The results are interesting: My techniques have improved - but perhaps even more invigorating, I care less. I’ll apply that melted drugstore lipstick I left in the car; heck, I’ll even do it without a mirror. Today, stop waiting around to be perfect at something or waiting around for someone perfect to show up.

Now, when it comes to money, it’s recommended that you do some due diligence before jumping off into murky territory. We’ve always heard the fact that most restaurants close, but it turns out the same can be said for any business. In 2018, a staggering 82 percent of businesses went under. Why? Cash flow problems. Just because you have a fabulous idea doesn’t mean it will fabulously float into a Fortune 100 company.

Today’s women to watch launched a company based on the idea that “useful is the new cool.” Grace Gould and Erica Allen were in the tech and finance sectors for years before starting the School of the Digital Age, or SODA Says. The Sunday Times call SODA “the future of shopping,” while the Evening Standard London summarized SODA as a “zeitgeist online emporium.”

Do you ever see ads for some new technology and think, what’s the point? Well, SODA focuses on technology that’s actually solving a problem busy people have. One of the best examples of this is the company’s Happy-nes Headphones. Handcrafted in Turkey, they’re colorful and stylish but, most importantly, they never tangle. (There are plenty of memes about the hell that is untangling earbuds - and finally, something’s been done about it).

Simply put, SODA’s a marketplace with curated technology that focuses on lifestyle. It’s obvious that the business is owned by women, particularly because of the products they select. There’s a range of sex-positive items, a breast pump, workout tech, and stuff for the kiddos. Since we know women are the biggest consumers out there and usually the main purchasers for the home, Grace and Erica are clearly on the right path.

Grace worked for Apple retail and an investment firm before diving into entrepreneurship at 25; while Erica was the COO of a funding and education network that supports finance for companies led by women. They complement each other professionally, both providing a special take on technology and shopping in 2019.

As Grace and Erica have reached the American marketplace, they’ve already created buzz by introducing a specific vertical: women’s sex tech. By partnering with stores like Neiman Marcus and Nordstrom, SODA has been producing pop-up markets with its Sex Tech collection. It’s a way to get the customer off the computer, and into a more refined and open-minded space, where they can peruse in a comfortable environment.

We love what Grace says is the best advice she’s ever been given: Don’t overthink it, girl. Go for the decision you feel is right, right now.

"When I was younger I used to angst over [what] was and wasn't the best thing to do, but just go for it, live life and see what happens."