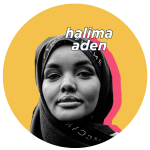 The Surprising Swimsuit Debut of 2019

So, you want to be a model and you don’t have the cash and experience like Kendall Jenner. It’s OK. If you look at influencers and models on Instagram, you’ll see all kinds of fresh faces and eccentric wardrobes, which means, girl, dreams can come true. First, get an honest opinion from an agent or two. This feedback might be tough but it’s good to test out how thick that skin is, my friend. Second, don’t waste your money on fancy photography. Real modeling scouts can read between the Photoshopped lines. Last but not least, do your freakin’ research and don’t sign your name with an agency that seems shady. Now, smile.

While the diversity in modeling, from commercials to digital marketing, is at an all-time high, fashion ads are slow to catch up. And let’s be real, fashion houses aren’t known for giving the public what they want (I’m looking at you, $700 Moschino dry cleaning dress). In 2016, a survey found that 78 percent of models featured in ads for fashion were…you guessed it, white. If you look at runway photos by big-name fashion houses, you’ll see thin white folks again and again and again.

We tend to let couture do its own thing, even though more often than not the models don’t represent most of us and the outfits most definitely don’t fit into our daily routines. Fortunately, we’re getting a little tired of this BS. That’s why we’ve got to share the story of Halima Aden, a model who is breaking barriers and representing a good portion of women in the world.

Her family fled civil war in Somalia, landing in Kenya at the Kakuma Refugee Camp, where Halima was born. Halima moved to the United States at age seven. A dozen years after moving to the states, Halima entered the Miss Minnesota USA pageant. She walked across the stage with plenty of oohs and ahhs, particularly because she was the first to wear a hijab.

Now, Halima is walking New York Fashion Week runways and landing the cover of British Vogue. She made waves yet again when Sports Illustrated chose Halima to be the cover woman for their 2019 swimsuit issue. As the first model to wear a burkini and hijab on the cover, advocates and adversaries came out in droves. By the way, the

There are a few reasons Halima sought after a modeling career. She explains that growing up, she didn’t see relatable people. Halima wants to be that person for Somali women and other cultures. But, Halima’s sure to explain that she’s not a perfect Muslim, that there’s no such thing, but she’s trying her hardest.

It’s one thing to talk the talk, it’s another thing to walk the catwalk, am I right? Halima is a UNICEF Ambassador, advocating mostly for children’s rights and safety. As a refugee, Halima hopes to use her influence to bring awareness to the 30 million kids displaced around the world. Now that’s a supermodel.

"I keep thinking [back] to six-year-old me who, in this same country, was in a refugee camp. So to grow up to live the American dream ... I don't think that's a story that anybody could make up."

October 11 Carolyn Cole:
How to Own Your Power
April 2 Alli Pozeznik:
Heads Up! Your Shower Thoughts Might be Your Life’s Calling
August 31 Suz Somersall:
How 3-D Design is the New DIY for Girls
May 4 Keli Dailey: She’s Got the Scoop on News Satire
July 19 Trina Boos: She’s Canada’s Mom Boss
November 2 Cindy Whitehead: She’s a Pink Pioneer
Home Woman to Watch Articles Videos About