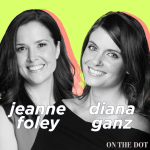 Before You Walk Down the Aisle, Read This

Any time a friend gets engaged, I say two things. First, congratulations (obvi). Second, don’t blow your budget on flowers. I say this as someone who would get fresh bouquets delivered on the regular if I could.

Still, my advice reminds my girlfriends of what their special day is actually about. It isn’t about the $300 peonies bouquet. It isn’t about the cost or what others might think. It’s about you and your person; it’s about celebrating love with those you love the most. Spend the money on a photographer to catch those candids, but don’t spend it on particular aspects just because that’s what everyone else does.

Most women I know might get a little help from their family with weddings, but for the most part, couples pay for their weddings themselves. Long gone are the backyard barbecue weddings with a local preacher presiding. There better be a photobooth, damnit, and, more importantly, an open bar! The average cost of a wedding in the United States just last year was $33,391. That’s the average price of a new car or a luxury spa day every weekend during your first year of marriage!

WOMAN TO WATCH: Jeanne Foley and Diana Ganz, Co-founders of The Groomsman Suit

If you’re engaged and clenching your credit card right now, have no fear. Weddings don’t have to cost a lot. After all, they say divorce is the expensive thing (too soon?) Jeanne Foley and Diana Ganz deal with engaged folks every day and have plenty of tricks up their tailored sleeves.

Ask a man who has been in a wedding if he enjoys his groomsmen suit, and he will say a resounding no. Typically, the guy walks into the chain store and asks for his reserved suit that fits one of two body types: Gumby or Hulk Hogan. Jeanne and Diana are in the business of making guys feel just as good as the ladies, with their biz called The Groomsman Suit.

The “ah-ha” moment for The Groomsman Suit came to Jeanne during her own wedding. She saw the expense of a tux rental. With the women’s biz, for less than 200 bucks, men can answer some questions online and even test-drive a tux at home before the big day. And guess what? They can also keep it for another day, another wedding.

Jeanne and Diana met back in Kalamazoo, Michigan. When they collaborated on the concept for The Groomsman Suit, the women headed to Kickstarter to crowdsource funding. They raised $12,000 and in 2018, made more than a couple million dollars in revenue. At the time, they were filling the orders in a thousand-square-foot storage unit.

The Chicago-based company now offers items beyond an uber-traditional wedding, including rental suits for prom and little kids. (Aww). Like any partnership, Jeanne and Diana divide and conquer while also collaborating on the brand’s projector. Jeanne focuses on fabrics, construction and other aspects of product development, while Diana oversees branding and marketing efforts.

These two women show us that with the right idea and the support from someone you trust, anything is possible.

Noteworthy actress Meryl Streep married a sculptor in the late 1970s and has been hitched ever since. I wonder what her secret is? Here are her wise words:

"I think the best role models for women are people who are fruitfully and confidently themselves, who bring light into the world."

October 18 Ann Shoket: She’s Living the Big Life
November 2 Gloria Mayfield Banks:
How Makeup Can Make You Money
April 27 Natalie Madeira Cofield: Be Brave to Blossom
February 27 Angie Hicks:
Should You Join a Startup? It May be Well Worth it
November 26 Katie Burch:
Use Design to Skyrocket Your Biz
March 21 Sharice Davids:
Breaking the Mold in Congress, One Stereotype at a Time
Home Woman to Watch Articles Videos About