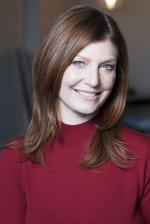 Ever Been Scammed on the Internet? Then You Need to Read This

In one of my favorite episodes of Broad City, Ilana takes on some temporary gigs while working a full-time job. She bails on said day job to walk a few dogs. A few dogs turn into many, and pretty soon (spoiler alert), she finds out that she’s returned the dogs to the wrong owners. Naturally, the owners freak out.

Here’s the thing: Ilana is loyal and advocating and loving. She’s maybe not the most effective employee, but she’s good-hearted. Good people sometimes do stupid things. Remember that the next time you accidentally tell Dan from corporate “I love you” before you hang up the phone. Cringe, grind your teeth a little and move on.

WOMEN IN NUMBERS: More than 57 Million

I told my girlfriend the other day that I’m done reading reviews. Reading reviews is like watching two old relatives bicker about how to make pot roast correctly: One says it’s the worst thing she’s ever tasted, while another says it should win awards. Thanks, but I’ll just see for myself. More than 57 million Americans use the Internet to obtain personal resources, from checking out childcare options, to arranging for a handyman to fix the garbage disposal, and more.

I don’t really trust anyone. That’s why I think today’s Woman to Watch, Jenny Thompson, has a genius concept but, as I would say, don’t take my word for it. Instead, try it out for yourself.

One day, Jenny hired a dog sitter, as one does. The sitter seemed cool - until, that is, she faked her own death. (Yep. RIP).

This wacky Internet scam is what motivated Jenny to focus on her startup in Baltimore, called SafetyPIN Technologies. The company has been dubbed the “TSA pre-check for the web,” and I’m all about it. After a successful beta period, Jenny’s now rolling out SafetyPin on a national scale.

Despite your best Internet sleuthing, SafetyPIN is kind of your middle-woman for safety: Say you’re hiring a babysitter. You request that the person get a SafetyPIN first. The sitter will go through a background check and will earn a certified badge of “trust.”

There are plenty of reasons to get a SafetyPIN. It’s one way to stand out amongst the competition. I’d choose a dude with a “trust” badge over a dude without. In addition to a criminal background check, the SafetyPIN also screens participants’ financial history and behavior. Criminal justice peeps are all about this. The former chief security officer at the White House and retired Secret Service official, John Gill, says SafetyPIN has created a “new standard” when it comes to safety.

Gone are the days of naively keeping your front door unlocked and your webcam uncovered. We’re now more digital than ever and thus, have to be shrewder than ever. It can be difficult to take risks when you have an experience like the MIA dog sitter.

Jenny didn’t take her first risk with her own business, but in the mid-90’s. She answered an ad in The Baltimore Sun to be a marketing manager. She tripled the profits of the company, and went on to spin hay into gold as her own boss.

When her biz was projected to hit a cool $70 million, Jenny stepped back. She onboarded the next generation of smart women and men, and decided to launch another brand new company. Again, it’s hard to take the leap, but sometimes you’ve got to go for it.

"If it's a good idea, go ahead and do it. It's much easier to apologize than it is to get permission."