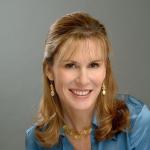 Failure is the Secret to Success

FIRST THOUGHT: Get Up and Try Again

There’s a delightful greeting card that reads: “When life gives you lemons, I won’t tell you a story about my cousin’s friend who died of lemons.” We’ve all been there, right? Something crappy happens to you and you open up to a friend about it. Then that friend one-ups your crap with her own supposedly worse crap, and suddenly, you’re consoling her. Can you throw me a bone here, Angela? Today, remember that everything isn’t always about you. Be there for a friend or colleague: When she has the flu, don’t mention how she should’ve gotten the flu shot. When she’s despondent about not losing the baby weight fast enough, don’t tell her about the new diet supplements you’re selling. Just listen.

One of the things we’re least likely to open up about is failure. No one wants to fail. Abe Lincoln lost his job, lost an election, lost his girlfriend, then lost another election all before hitting 30. (I don’t think he was sharing much about those events in the Oval Office.) Part of being—say, an entrepreneur—is to not only accept failure, but to learn from it and move the heck on. According to a recent statistic, entrepreneurs have a 20 percent chance of success after failing the first time. Keep trying, ladies.

WOMAN TO WATCH: Joyce Bone, CEO of Bone Up on Business

Today’s Woman to Watch, Joyce Bone, understands failure. It’s what got her to where she is, as a coach and consultant for Bone Up on Business. But let’s backtrack to her first big win. At 28 years old, Joyce co-founded an environmental company called EarthCare, despite being a stay-at-home mom. To say the business move was “risky” is an understatement; in fact, it was a $10,000 risk. Joyce needed the risk to be successful and guess what? It was.

Revenues grew to $125 million, and they helped set Joyce on a path to sell into large retailers and real estate. Her newest venture? Spreading the word about how getting to a million (and then some) is feasible. Her book, Millionaire Moms, tackles this idea head on. According to Joyce, leveraging your resources to start a business and earning income will help you become financially independent, which is a must, even for married gals. As Joyce interviews 100 millionaire moms, she sees a common thread: that women are capable of becoming powerhouses in their careers if they only stop that critical voice inside their heads.

Joyce has a few ideas of how we women can boost our productivity to earn that quick mil. Her first thought focuses on the idea that we get tired of those 365-day resolutions we make: Annual goals are great, sure, but are they working? Joyce suggests focusing on one or two goals for 90 days, instead. By separating your goals into quarters of time, you can check in with yourself or your team every other week and track the results.

Next, when you create a performance-based goal—like increasing your social media followers— be sure to include actionable steps, like writing more social media posts. Lastly, determine the nitty-gritty of the steps: Who will post on social media, when, and where?

Whether she’s speaking in front of a large audience or catching up with her kid, Joyce and both her astute observations and lighthearted manner will encourage you to follow your own pursuits and find financial freedom.

"If you don't risk anything, you risk even more."