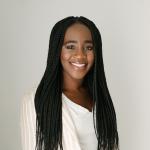 Believe it or not, stock photography dates back to nearly a century ago. It turned out to be cheaper to use the occasional stock photo rather than to commission photo shoots. A couple decades later, stock photos were widely used and turned into popular posters, like New York construction workers eating lunch on a crossbeam. Today’s most popular stock photos are a little more modern, showing images of hands assembled to demonstrate teamwork or a finger scrolling on an iPhone. But do you ever question why you see the media images you see?

There are currently three key picture trends on Instagram that are influencing the future of stock photography. The first trend is authentic images, or photos that appear more candid than staged. The second is first-person images that are used with selfie sticks and offer aerial views, making the viewer feel like she’s actually there. The third more directly involves content: Viewers want more photos that have meaning or say something politically or socially influential.

One characteristic that has long been lacking in the stock-photo industry is diversity. Last year, The New York Times published a history of women in stock images, from those posing naked under a towel to women laughing alone with a salad. So, yes, it’s fair to say female stock-photo representation has improved, but things could still be a lot better.

Today’s Woman to Watch, Karen Okonkwo, has spent time trying to fix that representation loophole. She co-founded a platform called Tonl, which offers a diverse range of people at the center of photos. The Nigerian-American social entrepreneur started a blog with her two sorority sisters back in 2013. While words represented all their experiences, the available stock imagery fell short, with photos either featuring only white folks or people of other races in a dated way. So Karen teamed up with photographer Joshua Kissi to change all that.

Tonl also came about in part because of Karen’s push against the way the black community is “tokenized.” One way to combat archaic stereotypes, she says, is to offer everyday images people can relate to.

Breaking racial stereotypes is especially crucial in the world of content creation because content should accurately reflect real life. Tonl’s collections range from images in technology to travel to trust: A doctor uses a laptop while talking to a patient, a happy woman soaks in the sun and an interracial couple lounges at home.

In addition to making it Tonl’s mission to feature people of color, Karen also wants fresh, modern imagery that speaks to the current generation. If Karen’s vision is what the future of content and photographs look like, we totally “heart” it.

Have you ever had a brilliant idea for a business and wanted to get started on working on it as soon as possible? Sure you have. While it's great to be excited about a new project, before you decide to go pedal to the metal, consider these five tips from today's Woman to Watch, Karen Okonkwo. Read all about it by clicking the link here, or if you're tuning in via podcast, head over to OnTheDotWoman.com!

Let’s close out our message for the day with these words from Beyoncé:

“You have the power to change perception, to inspire and empower, and to show people how to embrace their complications and see the flaws and the true beauty and strength that’s inside all of us.”