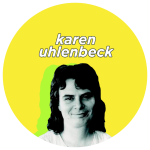 What’s Really in your Bubble Bath?

Harry Potter wouldn’t have made it through the Sorcerer’s Stone if it wasn’t for a little help from Hermione. J. K. Rowling knew what she was doing when she made the smartest overachiever a girl, right? Though the sorting hat placed Hermione in Gryffindor, I think like most of us, she could dabble in a couple other houses. ICYMI, Gryffindor’s known for their bravery, while Hufflepuff work hard and exude patience. Ravenclaw’s all about intelligence and creativity, and Slytherin is ambitious. What’s your main house? Does anyone ever admit to being predominantly Slytherin?

There didn’t seem to be too many moments of misogyny at Hogwarts. That’s pretty refreshing, considering how we’re still dealing with sexism day in and day out. The first organization that supported women in math, believe it or not, didn’t launch until 1971. That’s a couple thousand years after a prominent female mathematician in Egypt by the name of Hypatia started to show the world that women can understand numbers. Spoiler: an angry, political mom killed her.

What’s great about numbers, those squiggly lines and shapes, is that they’re unbiased. Or at least, they should be. Although these little guys have been around for a while, smarty-pants like Karen Uhlenbeck continue to discover new things.

You know when you hear that someone’s a big deal and you’re like, uh sure I guess. This isn’t that time. Karen is a big deal. She’s the first woman to win math’s most esteemed award, the Abel Prize. It’s essentially the equivalent to the Nobel Prize, of which there’s no math category (Alfred B. Nobel wasn’t a fan, apparently).

It’s been said that Karen has made some of the most “dramatic advances” in the field in the last four decades and will, no doubt, be influential to mathematicians in years to come. Karen’s work is in geometric analysis and gauge theory. It started with soap bubbles. Her discovery is explained as one that’s more theoretical than practical, which elicits a base for other discoveries to be made.

Karen’s story is one to share with the teen girls in your life who want nothing to do with math. Born in Cleveland, Ohio, Karen loved reading but didn’t get interested in math until she was in college. One of this subject’s perks? Solitude. Karen shared in the 90s that interacting with people as part of her profession would be “horrible,” and all the introverts reading this are shaking their heads.

But, Karen recognizes that she’s a mentor to women interested in the field. She’s co-led a mentoring program in New Jersey and has figured out what kind of role model she wants to be. One of Karen’s own role models was a surprising one: Julia Child. She could adapt and adjust and, of course, French cooking has its own healthy dose of math.

For Karen, it’s not enough to win the Abel Prize, in order for girls and women to really learn from her. They have to remember that she’s an imperfect human too. Her desk is messy, her thinking is messy but that’s what has made Karen the creative genius and discoverer she is.

"We were told that we couldn't do math because we were women. [But] I liked doing what I wasn't supposed to do. It was a sort of legitimate rebellion."