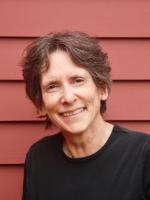 Finish this sentence: Someday, I’m going to be the first person in the world to ____. If you immediately answered that, bravo! If you didn’t, you’re like most of us. That’s a loaded question, like a question you need after a full pot of coffee. Most of us have big dreams when we’re kids; answering that question wouldn’t be difficult for 8-year-old me, so why is it so hard now? We are afraid: not even just afraid of trying something great, but afraid of saying it aloud. Today, voice your dream. It can be attainable or fanciful. No one’s here to judge you for it. College graduate? Sure. Next Supreme Court Justice? Why not?

WOMAN TO WATCH: Mary Ann Zeman, Founder of How I Met My Dog

Today’s Woman to Watch, Mary Ann Zeman, has seen firsthand what it means to be a woman trying to secure startup funding. When she and her team were doing the dreaded task many startups must complete—raise seed round—they were met with roadblock after roadblock. Fortunately for Mary Ann, investors believed in her now-established company, How I Met My Dog.

Mary Ann designed her company with her dog trainer after figuring out that pet-owner compatibility matters a lot. A couple of decades ago, she went to a breeder and adopted a specific kind of dog she thought would be perfect, and ended up with two. One, George, thrived on the city streets, while the other, Gracie, was fearful of just about everything.

When Gracie passed, Mary Ann adopted a rescue from someone needing to rehome it. It was a perfect match. The adoption process got Mary Ann wondering why dogs’ personalities aren’t at the forefront, rather than their breeding lineage, and why figuring that out was, as Mary Ann describes it, “random.”

With experts in animal behavior as Mary Ann’s cofounders, How I Met My Dog matches the person looking for a dog based on their needs and the characteristics of dogs in rescues and shelters. It’s like eHarmony but with pups, which is way better, am I right? When the algorithm works its magic, another shelter dog’s life is saved.

Since Mary Ann began the site, the matches have exceeded her expectations. Riane from Massachussets found the love of her life, a bronze-colored pooch by the name of Taz. The Spen Family fell for a gentle soul named Finn, and Lin’s pup Willow meshes perfectly with her other dog.

These new families don’t form successfully without hard work. As one of Mary Ann’s cofounders and chief dog expert Jodi Andersen says, putting together the right team behind a startup is crucial. Hours are long and varied. By hiring on multi-generational talent, How I Met My Dog has kept its approach diverse and relatable, with wisdom from both young and old.

How I Met My Dog is a profit-with-purpose business, so it was important for the founders to look for investors that had a mission and not just any old investors. They were able to find them, and it goes to show you your dream can materialize with the help of like-minded investors.

If you work from home, it can get sort of lonely, and a dog may just be what you’re looking for. Check out our six things you should consider before adopting your furry friend by clicking here or, if you’re listening via podcast, head over to OnTheDotWoman.com!

Here’s a quote from a woman who will always be legendary, Cher:

"Women have to harness their power - it's absolutely true. It's just learning not to take the first no. And if you can't go straight ahead, you go around the corner.”