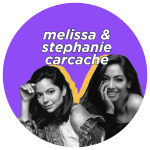 The #1 Event for Millennial Women

I’ve noticed something. Every generation has something snarky to say about other generations. Generation X (1965–1976) might view the Silent Generation (1945 to earlier) as a bunch of rule followers. Generation Z (1996–TBD) might view Millennials (1977–1995) as already verging on out-of-touch. There are key characteristics that span generations and are the most significant in our time on earth: kindness, gratitude, generosity. So, the next time you’re sitting at a conference table with a handful of generations looking back at you, remember that age is only one part of who you and they are. We’re all so much more than the year we were introduced to the world.

You can kvetch all you want about this age or that age, but the truth is that study after study has found generational diversity makes for a better company. Leave your complaints about millennials at the door because by 2030, that demographic will make up 75 percent of the workforce. The data suggest one way to keep this group engaged is to host regular meetings and use technology to streamline work processes, with apps like Slack and Evernote.

Since millennials will make up the bulk of working folks in, like, a decade, there’s ways in which employers can speak their lingo. First, probably don’t say the word lingo to them. Second, consider sending them over to the multimedia platform called Millennial Women. Throw in an emoji if you’re feeling wild.

Millennial Women is a space to connect over issues that are specific to women of this particular age. What do we millennial women have to gripe about? CNN reports this cohort is working more than ever before yet are still responsible for the bulk of household duties. Yeah, so we have a right to grumble.

Sisters Melissa and Stephanie Carcache teamed up to grow an inspirational and resourceful online destination. The duo grew up in Miami with their parents who immigrated from Cuba. By the time Melissa was five years old, she fell in love with acting. She’d later go on to star in commercials, work on a cruise ship and land a spot on a Nickelodeon show.

Stephanie was also drawn to the spotlight. A singer with a mighty voice, Stephanie says music has the ability to supersede ethnicity or language and connect listeners. While both women continue to pursue their entertainment dreams, they’ve come together to create what Stephanie calls their passion project.

At the heart of Millennial Women is a traveling podcast called Millennial Women Talk. Melissa and Stephanie travel to different cities and even various countries, getting boots-on-the-ground insight into what life for a millennial woman is like. Whether it’s an inspiring thought leader or an average millennial woman sharing the ups and downs in her life, Melissa and Stephanie dive deep to uncover this generation.

They’re getting the word out about Millennial Women through an ambassador program called IAmAMW, in which participants can receive cool swag. You can also catch these millennial women IRL. In fact, they just concluded an event in Atlanta and Austin. Next up this year? Paris and London.

One piece of advice that Stephanie shares is to invest in your growth, whether that’s expressing your creative side through music and acting or taking a night business class to see if entrepreneurship is right for you. Leave space and see what unfolds.

A member of the Silent Generation, Marilyn Monroe, said:

August 29 Jordan Ross: She’s Got a Nose for Science
December 28 Stephanie Breedlove, Fan Favorite:
How to Sell Your Startup for $50 Million
September 6 Samantha Dong:
Your Hunt for the Perfect Heels is Over
December 6 Gabourey Sidibe: The Model of Brazen Self-confidence
August 10 Isa Watson: She’s ‘Envested’ in Giving Back
February 18 Margot Stern and Dr. Yael Schuster:
Why Science is Stellar, Not Boring
Home Woman to Watch Articles Videos About