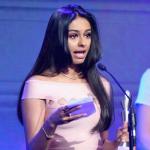 Do you ever look back at your beliefs as a kid and blush at your naiveté? When I was a kid, one house separated my friend and me. We would make up stories (that we kind of believed) about our neighbors being spies or having lots of secrets: Why was this elderly couple always in their backyard pretending to do something with those rose bushes? Why was their backyard so picturesque? Highly suspicious.

I think back and wonder if our neighbors knew we were peering through the wire fence, sussing out the situation. I know now that people are into all sorts of shady stuff but, my guess is that our neighbors were actually in their 50s, their house was as nice as mine, and they pruned the rose bushes lovingly, as one does.

It’s 2019, and the black market is bigger than ever. When the website Statistic Brain looked at this elusive space, they found that the black market creates 1.8 billion jobs worldwide. We have our stereotypes about the black market: Is it built out of necessity a la Hunger Games? Is it where I could sell a kidney? Not quite. Counterfeit products are the top money making gig in this highly illegal market, along with drugs, guns and even human beings.

Global trafficking can be a foreign concept to many. If you’re like me, the reality of it can tug at your heartstrings so much that it’s hard to learn about. But, it’s important that we do open our eyes and see every aspect of the world we live in. Maybe then, we can help. That’s what Nelufar Hedayat hopes for, as an investigative journalist and host at Fusion TV.

Nelufar left Afghanistan as a refugee with her mother at the age of six, settling into London. When Nelufar remembers the subsequent years, she identifies what a gift it was—and is—to feel free to be who she wanted to be. We should all be so lucky.

Nelufar is smart, y’all. She participated in the BBC quiz show Celebrity Mastermind and schooled it in Harry Potter facts, so you know she’s cool. She joined the Fusion TV investigative team before signing on to be a regular host, where tackles some of the world’s most troubling issues, particularly in regard to women and children.

The first documentary-style story Nelufar appeared in was for BBC Three, called Women, Weddings, War and Me. Nelufar returned to Afghanistan when she was 21 and got a sense of what it was like to be a woman in her war-torn country, following the Taliban’s demise. She followed that documentary up with documentaries about hip-hop girls, vaccinations, child brides and dog thieves in Vietnam.

Nelufar’s most recent documentary, The Traffickers, is now on Netflix. The series begins with rhino horn poachers and goes on to give a glimpse into fake pharmaceuticals, sex slaves and corrupt adoption tactics. It. Is. Heavy. It also shines a light on a bit of nastiness in the world that’s so often shielded from our everyday lives, from the everyday news.

There’s something powerful about a millennial woman of color taking on these subjects. Her bravery and resolve rubs off on viewers. But, as Nelufar would say, knowing about tough stuff isn’t what it’s all about; after you find out something that hurts your soul, do something about it.

Volunteer at a women’s shelter. Use your Instagram influence to educate your followers. Sponsor a refugee in your area. You can do something, no matter how big or how small.

"How wonderful it is that nobody need wait a single moment before starting to improve the world."