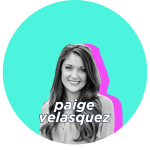 Voice SEO: What You Need to Know

Listen. We need to, as a society, set some rules and boundaries when it comes to emails. Some people treat emails like a tap on the shoulder, responding at all hours. Others are “bad” at email and go MIA for three weeks. Here are some rules we all need to follow: keep it short. Put your action items at the top. Don’t be a shady CC-er, including your boss so he knows your colleague messed up. If you’re pounding on Susan’s door because it’s been 24 hours without a reply to your email, chill. Remember that your top priority might be someone’s middle priority and that’s OK. If something’s truly urgent, pick up the phone or send a carrier pigeon. Rant complete.

WOMEN IN NUMBERS: Between 4 and 8

I know plenty of people who have figured out clear lines when it comes to their inbox. Some don’t open it until they’ve checked off their most important to-do item. Others tackle it first thing and don’t take a look until the following day. When it comes to email that isn’t work related, like sales promotions or a daily newsletter like, ahem, On The Dot, they say that the best time to hit “send” is between 4 and 8 pm.

At an event recently, I chatted with the PR person coordinating it all. She said that her client probably doesn’t realize that she has other clients to keep up with too, so while she was handling one major event, she was planning another one for someone else. The plates were spinning. PR peeps are truly incredible at multitasking and Paige Velasquez is no exception.

Paige was recently promoted to the CEO spot of Zilker Media, a PR and brand agency in Austin. They’re responsible for platform development and digital marketing. As one of the youngest CEOs, Paige has proven her digital prowess. She started as an intern at a PR firm and an ambassador for Victoria’s Secret during college. Known for her social media strategy, Paige brought a fresh energy to agencies before landing at Zilker.

The Texas-based PR agency has worked with thought leaders, bestselling authors, business owners, and more. Paige will lead workshops with medical schools, movie chains, you name it, who can all benefit from a more thorough public image.

One of the ways in which Paige is setting herself apart from the digital marketing crowd is by offering real insight and advice about marketing. For instance, we’ve all heard the generic SEO “hacks.” But did you know that SEO’s changed in just the last year due to voice-activated tech like Amazon Echo and voice searches represent one-fifth of all Google searches?

Paige urges clients and others in the field to frame SEO differently in 2019 and beyond. Speak in a conversational tone. Build a strong FAQ page on your website. Make sure your website loads at a faster pace than your competition.

When Paige isn’t leading the growing PR agency, she’s writing songs. Cosmo Girl named her a finalist in their national songwriting competition. Whether on the stage singing or inspiring, we’re positive Paige is going places.

"If you have knowledge, let others light their candles in it."

June 26 Erica Baker: How to Get Equal Pay
February 25 Tiffany Scott:
The New Networking Trend (Hint: It Might Include Tacos)
June 28 Sara Ahmed:
I’m a Feminist Killjoy. Are You?
August 24 Amy Novakovich:
How to Keep the Money You Earn
August 29 Jordan Ross: She’s Got a Nose for Science
July 11 Christiana Figueres:
Breaking News: The Planet’s on Fire, Y’all
Home Woman to Watch Articles Videos About