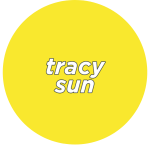 Let’s talk about fall. Crunchy leaves, PSLs and…fashion. Fall fashion is the best fashion. There’s no disputing it. From boots to jewel tones, what’s not to love? This year, experts are forecasting some interesting trends: Leopard-print and sweaters with statement sleeves. Mules and loafers, sweater dresses and chunky knits. Silky pants, patchwork jackets and cow-print shoes are the surprising autumn additions. Oh yeah, and a printed beret might just be a thing too. What’s your fall wardrobe must-have?

Today we’re talking about a little company called Poshmark. It’s the go-to site where you can find everything from blazers to bustiers. I’ve seen plenty of bloggers and influencers site Poshmark as the source for their styles, so it’s not a surprise that within the last year alone, sellers on the site and app have made $1 billion.

If you’re at all interested in sustainability or ethical fashion, buying second-hand is the ultimate activity. You can get great pieces and feel great that they’re not chucked in a landfill. Tracy Sun is the cofounder of Poshmark. Did she always aim for the fashion stars? Not at all.

When Tracy hit college, she knew what she wanted to do: pre-med. She’d be a doctor and that’s that. But, as often is the case when you’re a newly minted adult, Tracy found something she loved more. Human behavior. What’s more compelling than understanding what drives people to build their wardrobe and discover their style?

When Tracy went to business school, she saw that her background in neuropsychology was a little different than banking and finance, like her classmates. But she’s learned that oftentimes, our differences are actually our strengths.

Before Tracy set out to launch the Poshmark empire, she built another startup. It failed. Tracy not only owns that failure, she has framed her career mindset around it. She suggests that, since we will all fail at some point, you’ve got to fail fast, learn from it and get up and try again.

It’s been 9 years since Poshmark hit the scene and since then, Tracy has secured $160 million in funding. She grew up in Kuala Lumpur, the capital of Malaysia before moving to the Bay area. While many describe Silicon Valley as a “boys club”, Tracy insists that most are willing to lend a hand when asked. She’s not afraid to ask, either.

Back when Tracy thought medicine was her calling, she worked with Parkinson’s and Alzheimer’s patients. It’s one of the many experiences that Tracy has experienced that has lent a nuanced approach to the online consignment site. She understands that millennials are more influenced by peers than celebrities and has built Poshmark around the concept of a little community clothing swap.

It’s not easy building a fashion empire but when you get those YSL heels for 70 percent off, you can feel good doing it.

December 3 Greta Thunberg:
I Want to be Greta when I Grow Up
August 18 Sonja Perkins: Giving Women a Glimmer of Hope
July 19 Sabrina Lloyd:
Securing the Key to Success
August 12 Gayle King:
She’s the News King
April 2 Alli Pozeznik:
Heads Up! Your Shower Thoughts Might be Your Life’s Calling
May 27 Luciana Lixandru:
The Secret to Success Isn’t on a Spreadsheet
Home Woman to Watch Articles Videos About