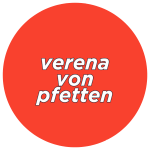 For Women who also Smoke Weed

Back in 1936, a film came out called Reefer Madness. While it was a propaganda movie through and through, it’s since become a cult favorite of sorts and mainly viewed as satire. When Cheech and Chong’s first movie came out in 1978, the stoner comedy subgenre was officially established. It only took four decades to go from cannabis-will-kill you to cannabis-will-entertain-you. Now, another four decades later, legalization has normalized partaking in 420 culture. It’s a reminder to never say never and always recognize that the only constant is change.

Actress and genuinely good-seeming person Kristen Bell made waves last year when she said sometimes she smokes weed and watches Dateline. What was once an indicator of “bad boys” has become a pastime of moms, blondes, and anyone else. More than half of adult Americans have tried marijuana, at 52 percent. Did they inhale, though?

Verena von Pfetten has been in the magazine space for years. First, as an editor for The Huffington Post and finally as the digital editorial director for Conde Nast. She earned awards for her ability to build a meaningful online community and Verena continues to write for and consult with clients like Glossier and Instagram.

All of this is to say that Verena knows what she’s doing. So some may have wondered what she was thinking when she decided to start a print magazine. About weed. Yep. Rather than your typical stoner mag, Gossamer taps into another side of cannabis culture—one that’s luxurious and aesthetically pleasing. No Sublime allowed.

Verena describes Gossamer as a lifestyle brand for readers who “also smoke weed,” meaning they’re 420 friendly but not 420 obsessed. So why print? You know, the dying medium? Verena says that like most of us, she’s addicted to her phone. She wanted to find a way to take a break from it and had a feeling others felt the same way.

One aspect of the so-called “Green Rush” that has brought cannabis to pop culture is its criminalization. There’s a documented racial bias surrounding marijuana possession, with Black individuals being nearly 4 times more likely to be arrested than White people. Verena points this out when press call her a “rule breaker” and think it’s a fun-and-games kind of environment.

Being a woman founder in this space is certainly worth the rule-breaker title. Verena produces Gossamer with a male partner. After nearly two-dozen meetings with investors, her partner asked if she noticed that they, mostly all-male investors, would only look at him or ask him questions. Similarly, when coordinating appointments or scheduling meetings, the person on the other end often thinks Verena’s an assistant.

It’s impossible to know exactly how to combat the stigma of cannabis or the stereotypes about being a woman, but Verena says every time she gets firm, pointing out inequality, it potentially helps stop the cycle. Every little bit counts.

December 19 Emily Weiss:
From Intern on a Reality Show to CEO of a Multimillion Dollar Company
July 23 Molly Hayward:
How to Help Women in Need During That Time of the Month
December 27 Natasha Adamo, Fan Favorite:
She’s the Expert on Post Male Syndrome
February 7 Michele Roberts:
Women of Color are Breaking the Glass Ceiling in Sports
March 7 Jaclyn Johnson: She’s Creating and Cultivating for Women
April 25 Jessica Honegger: Look Cute While Saving the Planet
Home Woman to Watch Articles Videos About