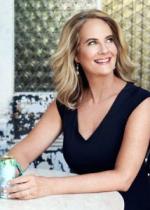 Your Morning Coffee Wouldn’t Be Possible Without Women

FIRST THOUGHT: Have a Cup of Joe

Why is it that when we’re a kid, we want to stay up late, forgo our naps and party like it’s 1999? But when you’re an adult, you dream of an uninterrupted nap, followed by a full night’s sleep. Every day seems like a struggle to attain the ever-elusive energy of our youth. When my third morning alarm sounds, sometimes I immediately start fantasizing about bedtime. Of course, there are some things that’ll help you tackle the day’s tasks with gusto: Eat for energy. Chow down in the morning on low-glycemic foods whose sugars are quickly absorbed, like steel-cut oatmeal and almonds. Get up from your office chair and move around once an hour, even if it’s to grab that much-needed cup of joe.

Today’s Woman to Watch, Victoria Lynden, knows a thing or two about specialty brews. For years, I’d order iced coffee and be disappointed in the watered down, tepid beverage. The answer to this dilemma? Cold brew. The concentrated drink is brewed using time rather than heat, resulting in a strong cup of coffee that can be served either cold or warm. Victoria started her very own cold brew brand called Kohana, and the company is the first of its kind that will source every single one of its coffee beans from women farmers by 2020.

Why did Victoria choose a career in coffee? Well, it all started when she was on a Hawaiian vacation and sought shelter in a coffee shack from a strong storm. While in the store and smelling those aromatic coffee beans, she instantly realized people in the mainland would love the Hawaiian coffee’s unique style.

Kohana offers original and flavored cold brew, like toasted coconut and French roast. It even offers your classic roasted varieties and ready-to-drink cans with goodness like Island Latte. Slow-roasted organic and fair-trade beans not only give you a quality boost of energy; they also support women along the way. Now, about a decade after launching, Kohana plans to introduce a subscription service this fall so the coffee-obsessed can get the good stuff right to their door while simultaneously supporting female farmers. It’s a win-win.

Kohana’s mission is near and dear to Victoria’s heart because she is a self-made, openly gay woman who sees how economic growth has the ability to facilitate equal footing for all. Victoria chooses to source her beans from farmers at a premium price point to obtain that sort of equality. According to Victoria, although women may be laboring and farming 70 percent of these crops, they are often not the ones in charge of harvesting or distributing the crops.

It’s important to Victoria to use her buying power to jolt gender equality in impoverished regions, which translates into women and their families having safe housing, healthcare and other basic human rights. This purposeful commitment to women is influenced in part by Victoria’s single mom, who would invite the homeless over for a warm mug of java when Victoria was younger.

As a social entrepreneur, Victoria uses her passion and beliefs to give greater opportunities for the “unsung heroines” of the coffee industry: women. That makes every sip taste a little sweeter.

Do you work in an industry that’s saturated with men, and need to know how to break the glass ceiling? Check out our four tips on how to strive for gender equity in a male-dominated industry by clicking here or, if you’re listening via podcast, head over to OnTheDotWoman.com!

"What you do makes a difference, and you have to decide what kind of difference you want to make."