The Motivated Millennial: How Millennials are Using Tech to Figure out Their Dreams 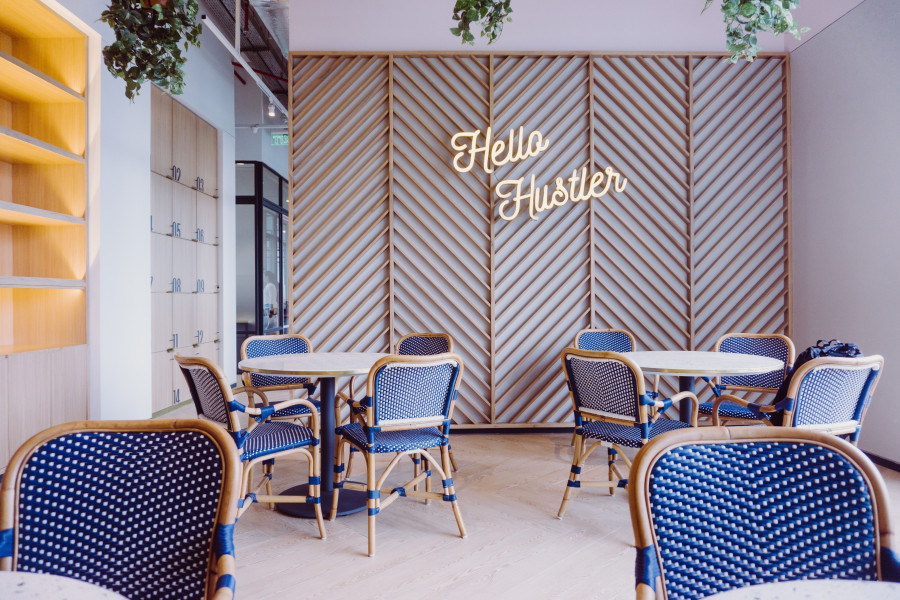 As a writer who grew up in the millennium, I have to say that the actual profession of writing has changed dramatically since I was a kid. Gone are the days of writing a book in a journal; writing in the age of tech is a whole new ballgame, and I'll swiftly take you through my journey of how writing has evolved over the years.

I remember being in elementary school and learning how to type on a PC half the size of a small car; then, being in middle school and messaging through people on AIM messenger. In class, students still took notes on paper and read through dense textbooks (no laptops allowed).

It wasn't until my senior year of high school that Facebook rose to the scene and laptops started to become a thing. By college, I was taking notes and writing papers on my laptop, while tucked away in stacks of the library. And so commenced the death of pen to paper.

For the past few years, I've been writing articles for the Internet on my trusty little laptop. And while it's definitely faster to type a 800-word piece on a laptop than it is to write one on a piece of paper, my neck, back and shoulders are screaming, "Sheena, save us!"

Ah, but my aches and pains are just one consequence of what it's like to be a writer in the digital age. My job isn't the only one that's changed a bunch in the past couple of decades. Let's look at all the ways millennials are chasing their creative dreams with the help of the Internet.

Madilyn Bailey rose to fame on YouTube. Bailey, a 26-year-old former certified nursing assistant, covers popular songs, and writes and sings music of her own. She learned how to play piano and acoustic guitar, and changed to a career in music, using YouTube as a platform to get her voice heard.

In the, er, old days, an up and coming singer would go the traditional route: play a few songs, record them, pitch them to a record company and play at local coffee shops while posting flyers on trees to get the word out about their shows. Now, though, wannabe musicians are using YouTube more than ever to get their music out there, and this method of self-promotion is working.

Now, Madilyn has a community of nearly 7 million followers. After gaining a hefty following, she was signed by PlayOn, a label of Warner's, in 2015.

While Madilyn is around my age and a mid-rage millennial, another young star who crafted her dream using the Internet is a younger millennial.

At 22 years old, Delaney Glazer got her start as a dancer from a young age, the way most dancers do. This Missouri native began dancing with a dance company at age 14 and in recent years, has toured with major artists around the world. Delaney has a social media presence online, as well, and is using her presence to influence the next generation of young girls who want to dance.

Delaney posts fun videos of dances she has either choreographed or is dancing in herself, and it's only furthers her presence as not only a dancer, but also as an influencer.

Social Media Has Cut Out the Middleman

When it comes to creative pursuits like writing, singing, dancing and more, social media has cut out the middleman. That's to say that artists no longer need to seek out agent to represent them; they can represent themselves. In today's world, the artist is both the influencer and the agent. Your brand is all up to you - and while it's a lot of work, it means you have complete creative control over how influential you'd like you and your work to be.

October 24 Why Don't Millennials Care About Voting?
March 8 On The Dot’s Official Guide to SXSW:
10 Must-Do Events for All the Female Empowerment
April 15 Per My Last Email:
The Science-backed Consequences of Living Life Behind a Screen
July 3 The Motivated Millennial:
A Writer in Austin, Texas Goes on a 30-day Money Challenge (Part 2)
November 14 New Name, New Look, New Guests:
On The Spot Podcast is now See It To Be It!
October 15 Breedlove's Briefing:
6 Ways Women Entrepreneurs Can Leapfrog Past $1 Million in Revenue
Home Woman to Watch Articles Videos About