The Motivated Millennial: The Robots are Taking Over Our Jobs and Our Lives. What Should We Do? 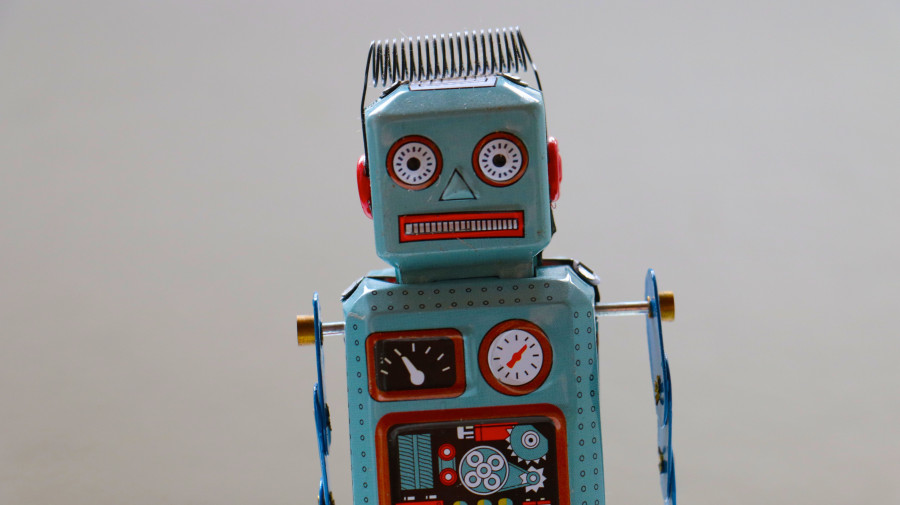 As I was browsing the web today to find the latest dirt on the millennial generation, I came across this hard-to-miss headline:

The title – (first of all, that is a KILLER headline. Bravo, Business Insider!) – was too tempting to scroll past.

Also, when I see “millennials” and/or “robots” in a sentence, I click.

The article makes some pretty bleak statements about my generation, like the following ones:

“Millennials will be the first generation to absorb the full impact of the new age of automation which, if history is a teacher, will wipe out jobs faster than the economy can create new ones.”

“Millennials face one of the toughest economic landscapes of any generation since World War II.”

If you think I made those up or exaggerated them for dramatic effect, think again. They’re true, so let’s pick them apart because, man, is it interesting.

While most people think "future" when they think of robots, I don't. I notice the robots even now, in everyday life. It was just yesterday that I was walking my dog when I noticed a guy walking around with the new version of Apple’s earbuds, airpods. (Those are those $200 wireless headphones wedged into people's ears that, in my opinion, make people look like literal robots). And I couldn’t help but think:

OMG. We are literally all turning into robots.

As that smartly titled Business Insider article points out, my generation was, in fact, the first generation that grew up with *the* technology boom. And that tends to change things. Let’s go down a little hike down memory lane, shall we?

Sheena's born in 1990. As a 90’s kid, I remember my first experience with computers. My family had a big PC, the kind you don't really see anymore. I used dial-up AIM messenger - like, I could actually hear the dial-up tone while the Internet loaded and did its thing - to chat with my friends. My peers and I would use AIM though middle school, until we got to high school.

At 14, Sheena gets her first phone. Of course, it was the most basic phone: a flip phone I was only meant to use in case of emergencies, one that enabled me to only call and text.

Sometime before entering college, my mom bought me a Blackberry phone, and a laptop to write my college papers on. Of course, I hadn't anticipated that the following would happen:

In college, social media blew up. (I’d like to attribute my lack of doing homework I probably should have been doing to the explosion of the Internet). Facebook, Twitter and Instagram were now a thing and bigger than ever,

Now, smartphones ruin my productivity levels at work. I wish I could go back in time and tell myself that the day I got an iPhone would be the day my life was basically over. (OK, that sounds melodramatic, but it’s kind of true).

Smartphones would ultimately (and still do) decrease my productivity, make me anxious, and a slew of other side effects I didn’t sign up for by purchasing a smartphone.

So it makes sense, then, that my generation is the hardest to be hit economically. Because technology is evolving at an exponential rate - faster than it ever has before - the workforce is changing just as rapidly, and we’re all just kind of sitting around our laptops, thinking (but not telling anyone, because technology makes us feel disconnected from people): What’s the world going to look like in 5, 10, 15 years, and what does that mean for me? What does it mean for my career?

What the Robots – I Mean, Research – Says

Enter: The robots. Robots are taking our jobs. Forbes notes that up to two-thirds of recruiters in artificial intelligence (AI) are having difficulty finding AI talent; moreover, 83 percent of recruiters struggle with keeping that AI talent.

Forbes also predicts that 20 percent of all service desk jobs will be eliminated due to automation by the end of this year.

This shouldn't be surprising to hear. Most millennials aren’t too familiar with AI in reference to the workplace – and this idea loops back to that infamous Deloitte survey, which surveyed millennials and found that most of us don’t feel ready to Industry 4.0, AKA the age of machines and automation. Basically, most of our jobs require us to constantly be learning new programs we haven't had the resources to knowledge to learn, which makes our heads spin.

Keep in mind, though, that just because these jobs are being wiped out doesn’t mean new ones won’t be created in their place. Multinational professional services network PricewaterhouseCoopers predicts that while 7 million jobs will be wiped out by the year 2037, 7.2 million will still be created in lieu.

Long story short? Much of automation just means only certain tasks will be automated, while new tasks for humans to do will be available. Think 'out with the old, in with the new.'

So, the robots are coming. That much we know. I know how overwhelming it all feels…but how can we adapt at work and in life?

Keep yourself grounded as much as you can: If you’ve got a computer or desk job, try to spend as much time as you can outside when you’re not working.

Whenever I’m not working on my computer, I try to spend as much of my free time outside as possible. Whether it’s hiking with my my dog, reading a book on a park bench, or just meditating in the sun, I am always a happier (and more productive) employee and person when I take multiple half-hour breaks throughout the day outside.

Trust me, feeling connected with the Earth and the ground makes you feel less like a robot/slave to the machine.

Note the industries that are going to take a nose dive. For your convenience, here’s a quick list of the industries you probably want to stay away from in the future:

Healthcare: Robots are projected to wipe out up to 12 percent of jobs in the healthcare industry.

Manufacturing: Remember those layoffs General Motors implemented earlier this year? They did so because certain manufacturing jobs are dying out thanks to high-tech advancements.

Transport: Think long-haul truck driving, because self-driving cars are already in the works all around the world. (Although, if you’re a millennial living in an urban area, you don’t really have to worry about this one).

All in all? I think taking actionable steps toward securing a job in a field that AI , in combination with keeping yourself in check mentally (because technology=ANXIETY), will prepare my strong-willed generation for the future.

Learn the skills necessary for the new jobs the economy is making room for. Remember, things are changing, but that just requires you to know different things. Here are some skills to consider learning to make yourself more hireable:

OK then. Sheena Sharma, your favorite millennial expert, out!