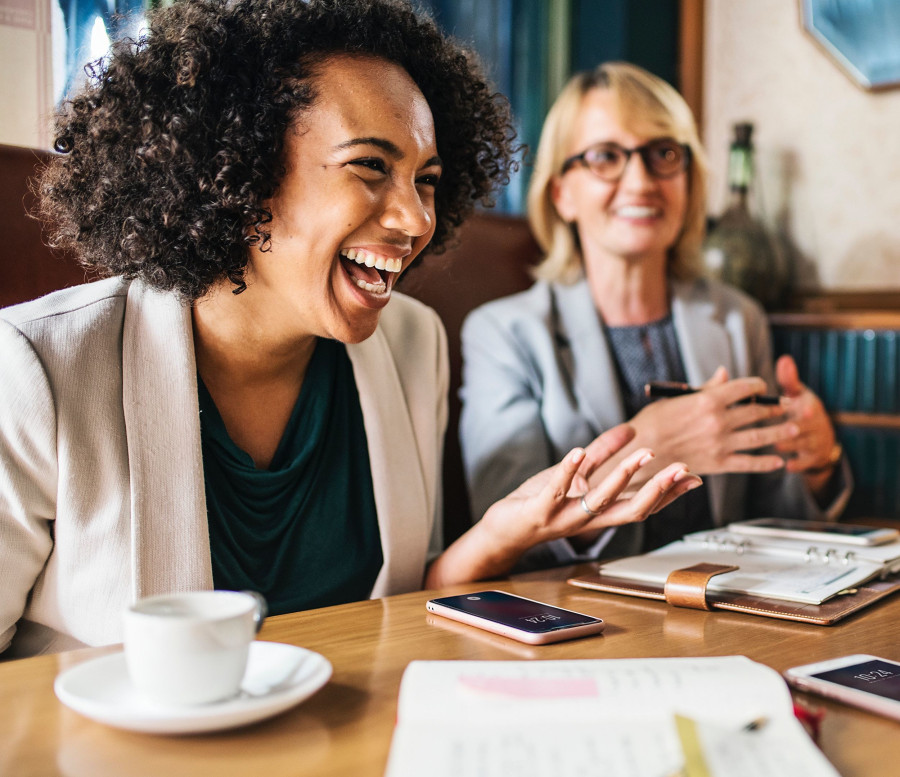 I agree. And this is the reason why I have devoted my life’s work to helping people explore, recognize and critically reflect on their prejudices, which are also called biases. If unchecked, our biases and our assumptions of others can negatively influence how we treat each other, and ultimately undermine the civility of our social interactions.

Relying on our biases and assumptions to “evaluate” others and to decide their worth also undermines principles of diversity. It keeps us from learning the truth about people—inevitably resulting in missed opportunities to create and sustain meaningful, memorable and loving connections, especially with others who don’t look like us, sound like us, or think like us.

Harboring bias toward others is normal, but bias does not have to be the inevitable dictator of our experiences with others. If we CHECK ourselves and learn to be cognizant of our biases and assumptions, we will increase our chances of recognizing when our biases are in operation before they lead us down the wrong path to offending, hurting and dismissing others. For example, a few weeks ago while shopping with my children at a popular retail store, I was standing in the vicinity of about five or six other people when a woman walked up from behind me. With an authoritative and condescending tone, she ‘asked’ me in what aisle she could find a particular product. Startled and appalled to be approached from behind, I firmly replied, “Sorry, I don’t work here and I’m also NOT wearing a uniform!” The woman’s face became red, and after a short pause she said, “Oh!” and then walked away.

It was clear to me the woman’s racial biases led her to assume I was a worker at the retail store. I say this without reservation for a few reasons: (a) I was wearing red, and the store uniform was blue, (b) I was the only person of color in an area with at least five other white people, including one that was actually wearing blue! and (c) the most telling evidence was the woman’s entire face turning red with embarrassment. She realized in that moment that she let her racial biases and assumptions dictate her actions, and she also knew that I knew.

This is what bias is. It is a prejudgment about someone, especially when we know nothing about the individual apart from his or her membership in a group. However, bias does not have to inevitably determine how we approach people and our actions. There are ways to mitigate bias by “checking” ourselves.

In my book, It’s Not Always Racist...but Sometimes It Is: Reshaping How We Think About Racism (2014, Archway Publishing), I used the acronym CHECK to sum up what we should do when meeting people for the first time and when interacting with different people in public. For each letter of the acronym explained below, I offer clear, practical, and grounded behavioral suggestions on what we can do to keep our biases and assumptions in CHECK. Following these steps will help us all work toward a more peaceful coexistence with all people, regardless of their race, gender, nationality, sexual orientation, class, etc.

Consciously and continuously ask questions of yourself: “Why do I believe what I believe?” “What are my assumptions and truths?” “Where and how did I learn what I know?”

It is important for each of us to continually examine ourselves. We need to be honest with ourselves, and doing this requires humility. We have to admit that perhaps what we think we know is not the right way to think, which means we have to learn to be comfortable with the idea of being wrong. For example, our respective families raise us all, and sometimes the values and mores that have been entrenched in us as children do not necessarily serve us as adults.

Through my work as a consultant, I have met many individuals who have shared their personal stories about being raised not to associate with certain types of people because their parents deemed them as bad. However, as adults, they have ended up working with people from that very group their parents told them to stay away from. This inevitably causes internal conflicts or ‘cognitive dissonance,’ which is a state of disequilibrium. These individuals have internal conflict because they were raised to think one way, but then their experiences as adults have offered contradictory experiential knowledge. So what is one to do when this happens, when new experiences do not reconcile with what we’ve known our whole lives?

My best advice is to follow your gut and do what you think is right. A key principle of adult education is that we are all lifelong learners. Therefore, we should not be so rigid as to resist change because change is inevitable. If we work on managing our prejudices, our assumptions, and preconceived notions about others, we’ll be much better off individually and collectively as a nation.

Hold your tongue. You cannot listen if you are talking. Don’t be quick to judge, especially out loud!

This is a communication tactic that pretty much works in any situation you find yourself in. Holding your tongue allows you to pause for a moment and really listen to others. If you listen closely to what someone says and how they say it, you will learn more than relying on your perceptions and prejudgments, which are more than likely inaccurate. Holding your tongue is an effective tactic, as I have already demonstrated in my book. When I meet people for the first time, I obviously engage in conversation, but I do my best to be cognizant of my judgments, and really listen to them in order to learn who they are. This can’t happen if I am not really listening.

Ultimately, this is how I am able to differentiate between individuals who innocently ask me questions about my background or my family, and those individuals who ask me questions in order to put me into a particular category or box. We are all human, first and foremost, which means you don’t have to figure out who someone is before you decide to treat them with respect. Basic decorum should be your first thought, regardless of someone’s race, class, gender, sexual orientation, nationality, aptitude, or ability. Hold your tongue and choose behaviors that are demonstrative of openness and acceptance.

Evaluate each situation separately. Always consider the context of the situation and the players involved.

Another thing that distinguishes adults from children is our ability to make distinctions, differentiate between things and people, and evaluate each situation on its own. For example, I was once in conversation with a man who had recently divorced from his first wife, who was of a different race. In the conversation, he shared that he would never date a woman of his own race (and never had), but he would be willing to marry another woman of the same race as his first wife. Surprised, I said, “So how come you have never dated (and never will date) someone in your own race, and yet your first marriage failed with someone of a different race than yours, but you are willing to give someone outside your race a second chance before you are willing to give someone inside your race one chance?” The man ended up sharing that he had been teased badly by women in his own race growing up, so he thought they were “all rude.” I pointed out to him that he was taking one context that happened more than a decade earlier and was holding on to it and transferring it many years later.

Things might have changed! I understood where his beliefs came from, but I also tried to explain to him that he was painting with broad strokes about people within his own race. Surely, between high school and more than a decade later, he would have met someone in his race, not necessarily to date, that would show him that not all women in his race were rude. What I am saying is that I see red flags when a person completely rejects people in his own race without even giving them an opportunity to show who they are as individuals.

Critically reflect on what you say and what others say to you. Are there other possible ways to interpret what is said?

What is really being said? What is omitted? Is there a hidden meaning? No, I am not advocating that you become suspicious of people. What I am asking you to do is think critically about what people say and not just take things at face value all the time. In this respect, the word critical is not to be understood in the common sense of the word like criticizing or being negative. In fact, “critical” means being skeptical, proposing alternatives, opening up complexity, not taking things for granted, and being self-reflective.

Kindness goes a long way. If you are in doubt about a situation or a person, just be pleasant. Smile or say hello!

To best illustrate my point of relying on kindness and a smile to ease situations, I share an encounter I had at the airport a few years ago. I walked into the airport lounge and when my eyes made contact with a gentleman, rather than just looking away and not acknowledging the brief connection, I chose to smile at him. He eventually asked to sit beside me for a second and immediately shared that I was the first person to have smiled at him that day( it was 4:30pm in the afternoon)!

He then revealed that he had been recently diagnosed with cancer. Ironically, I had just lost my dad to cancer and was literally at the airport on my way to say goodbye to my uncle who was in the hospital, who was also dying from cancer. It was an unexpected connection between a white man in his 70s and me a black woman in her 30’s. The two of us held hands and wept together for a few minutes until he said he had to go and catch his flight.

That experience with a complete stranger is one that I will always cherish. It made me proud to be able to help someone, and without even trying to. Nevertheless, the point here is that people are put into our paths for a reason, so why not be pleasant and smile? Who knows? You might make a new friend or make someone’s day!

Dionne Wright Poulton is the owner and president of Poulton Consulting Group, which helps businesses employ diversity solutions. Dionne is an educator, diversity and inclusion consultant and conflict mediator with 20 years of experience specializing in youth and adult education, adult learning and behavior, intercultural dialogue, and addressing and mitigating bias in the workplace. To learn more about her and her story, click here to read our daily newsletter, 4 Minutes with On The Dot!

Are you subscribed to 4 Minutes with On The Dot? It's totally free and you will automatically be signed up for our #DotSquad and become part of an incredible group of women of inspiring women JUST LIKE YOU! What are you waiting for? #JoinTheMovement today!

January 21 Four Things to Expect on Your Solo Venture
July 6 Shine Bright Like a Diamond: Five Ways to be Confident in Your Own Skin
August 6 Harnessing the Energy of Summer:
Wellness Series (Part 1)
August 3 Seven Ways to Solo-Trip
September 27 Five Ways to Turn Your Hobby into a Career
October 11 Three Things Worth Fighting For:
Your Happiness, Your Dreams & Your Ambition
Home Woman to Watch Articles Videos About