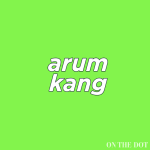 This is the Right Way to Online Date

In the pilot episode of Seinfeld, Jerry compares dating to a really, really long job interview. Isn’t that the truest statement? Initially, I viewed this negatively. An hour spent getting ready, an hour or more awkwardly sitting across from a stranger, an hour ruminating about how it went afterwards, and an infinite number of hours waiting to be asked out on another date. But what if, like a job interview, you were to put yourself out there more often and handled rejection with the ease of finding a better job or partner?

My girlfriend confessed that she’d thought about online dating, but was hesitant. “Isn’t that for serial killers and weirdos?” she said. Think again. We all know someone who has met the love of her life, the apple of her eye and other clichés, all online. It’s estimated that 1 in 5 relationships now begin from online sites and apps.

Arum Kang is an entrepreneur with a soft side. She wants to be a boss lady at the office and have a partner to just live life with, you know? She’s created an app specifically for singles who want to meet someone as smart and driven as them. Called Coffee Meets Bagel, this dating app for millennials has been gaining traction.

This tech founder solicited business partners in her twin sister and older sister, both of whom understood the struggles of finding a perfect match in an imperfect world. Arum was living in Hong Kong and her sisters were living in New York City – both big cities – when they realized they had a hard time meeting people.

Coffee Meets Bagel uses an always-improving algorithm that matches individuals, and then provides those matches in your inbox at noon. The app offers personalized icebreakers, kind of like a best bud in your ear telling you to ask your future bae about her semester abroad. Here’s my favorite part: you get read receipts, girl. No more guessing if some dummy’s interested or not.

According to Coffee Meets Bagel, 50 million people have been matched, and countless relationships have blossomed out of said matches. Arum’s goal is to “rewrite” the world of online dating, from creepy to caring. (Here’s a tip: Arum says that Sundays are the biggest days to login and start chatting).

When looking back at the development of Coffee Meets Bagel, Arum shares some refreshing honesty. She says that she should’ve been more aware of bots and spammers and more importantly, how to reject this digital garbage from the get-go. All dating sites battle this issue, and Arum’s looking into using a third-party source to be extra thorough.

Arum offers a couple key tips for how to go from scared to confident in the online dating scene. First, she says to choose a familiar setting. As Arum says, there’s a reason why high-powered people choose the same restaurant for business lunches; familiarity elicits a more relaxed version of yourself.

For the career-minded women out there, Arum offers some sage wisdom that might be hard to accept: Quiz your potential partner about how supportive he or she will be when you’re working long nights or eyeing that promotion. A guy named Chad who just wants to watch and quote Braveheart on a loop while you’ve got a big case to prepare for might just not be the guy for you.

We may not all have love in our lives, but we love Arum for creating something that helps us get just a little bit closer.

"As you grow older, you will discover that you have two hands, one for helping yourself, the other for helping others."