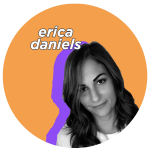 There’s a lot left in the world to figure out. Things change. Back in the day, heroin was used to relieve asthma symptoms and morphine helped calm a colicky baby. In 1942, the first official antibiotic, penicillin, was created. You see, over time, we learn and grow and evolve and hopefully, we make better decisions. The key to bettering our world is being open to the possibilities. With more knowledge and research, comes different ideas. These ideas can tackle the toughest diseases and disorders. These ideas can bring comfort and cures to those who need it most. How exhilarating is that?

One type of medicine is making serious headway in the United States and is already used in countries like Canada, Portugal, Finland and so on. I’m talking, of course, about cannabis. There’s a certain stigma still lingering in the air with marijuana, particularly for women. But it’s an industry that more and more women are building a career in, with 36 percent of executive-level jobs being held.

There’s been a lot of data about the positive effects of medical cannabis to treat kids with epilepsy. Research for how it can be used to treat other disorders and diseases have been slow-growing. That’s one thing Erica Daniels is fighting for through her organization, Hope Grows for Autism.

Erica admits that there’s not as much research as you might expect about cannabis, considering it’s been around since classic Greek and Roman days. She did her own deep dive into this industry because her teenage son has autism. Erica says that medical cannabis improved his quality of life so dramatically. This motivated her to work on promoting it to others dealing with the same challenges.

Erica’s son was diagnosed with autism when she was pregnant with her second child. His arms would flail, and he’d have nonfunctional vocalization. She tried different medications but they resulted in side effects like constipation and disorientation. He also suffered from anxiety, having daily tantrums. That is, until she sprayed medical marijuana under his tongue twice a day.

It’s no cure but it’s been beneficial. Since starting Hope Grows for Autism, Erica has received countless messages from parents around the world who have found comfort in her insight. She’s partnering with Ilera Healthcare, conducting observational studies through Autism Advisors, of which she’s CEO. Hope Grows for Autism is also creating a patient-assistance program to help families with medical marijuana costs.

Erica says that being an entrepreneur in any field requires plenty of watching, learning and making mistakes, followed by more watching, more learning, and more mistakes. It’s not easy being a medical marijuana advocate and advisor but all Erica has to do is see her son’s face and she knows it’s exactly what she’s supposed to do.

“The only way to support a revolution is to make your own.”

July 8 Leslie Morgan:
How to Help a Friend in a Bad Relationship
December 24 Tarana Burke, Fan Favorite:
She’s the Mind Behind the Movement
June 21 Kate Zaremba:
The One Thing You Need to Spruce Up a Room
January 4 Erin Gibson, Fan Favorite:
Throw Shade and Resist the Patriarchy
August 10 Michelle Gadsden-Williams: Shattering the Glass Ceiling
April 11 Angel Zimmerman:
Are Men the Missing Key to Equality?
Home Woman to Watch Articles Videos About