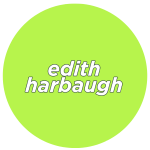 One Tip to Grow Brand Awareness

FIRST THOUGHT: The Secret to a Happy Life

There’s a quote that I’m sure you’ve seen: “Insanity is doing the same thing over and over again and expecting different results. It’s attributed to Albert Einstein but he, in fact, didn’t say it. Nonetheless, it’s been on my mind lately. I used to think it was a bit negative, like hey, listen, if that guy won’t commit then maybe you should stop answering his 2 am DMs. But now I view it as the secret to a happy life. We can’t control a lot in this world but we can control how we approach a situation, a person, or a problem. If that approach isn’t working, there are always alternative ways. How much more powerful do you feel knowing that?

Now, there are always obstacles. If you’re trying to go up for a promotion and get shot down over and over again, despite doing a damn good job, it might be time to look for something else. Every situation is unique but we know that 2019 offers more opportunities than ever for women. In the past two decades, we’ve seen a jump of women-owned firms. In the United States, this increase amounts to 114 percent.

WOMAN TO WATCH: Edith Harbaugh, CEO and Cofounder of LaunchDarkly

She’s a patent-holder and a software whiz before most of us had a home computer. Edith Harbaugh has spent the last five years developing LaunchDarkly as the CEO and co-founder. With clients like GoPro and Microsoft, Edith’s knack for project management and startup growth is evident.

We often talk about successful companies and admittedly, it seems like they go it alone. There are oftentimes people—and software, programs, platforms—behind the scenes, keeping brands above water while they grow. LaunchDarkly is one of those subtle yet instrumental companies that other companies use.

Essentially, the biz helps software teams build and manage features. Now, these teams include marketers, engineers, sales, and so on. It helps these teams manage upgrades, microservices, and even run a beta program. More than 700 customers use LaunchDarkly to guide them as their businesses scale.

LaunchDarkly launched their first conference this year called Trajectory. Speakers from Slack and IBM and Amazon Web Services discussed crucial topics in tech, from DevOps to deployments. I think the keynote speaker described what Edith has done, and done well. He mentioned that we’re pressured to innovate at all costs but we’re often the ones that get in our own way.

Edith’s job is almost meta, in that she manages a company that works with other companies who might even work for more companies. Confused? Yeah. But, Edith has developed an employee roster who can handle it. She doesn’t micromanage but lets the smart people LaunchDarkly hired do what they do best.

One of the biggest queries from startups is how to build brand awareness. Edith says to speak anytime to anyone, and that many speaking opportunities are out there for something other than product pitches. So, if you’re company developed, say, a smart watch, look for opportunities to speak about exercise, the future of technology and wellness, and so on.

When Edith isn’t striking numbers and letters on a keyboard or in crucial funding meetings with investors, she’s running. Seriously. She will run 100 miles on the trail and not break a sweat. I’m kidding about that last part but the 100 miles thing is 100 percent true. Endurance is her specialty.

“She knew the power of her mind and so she programmed it for success.”