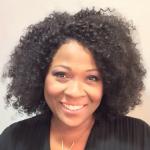 Change is Coming! Why You Should Run for Office

No one likes a wishy-washy person. You know what I’m talking about: It’s the worst when you’re in a group setting. “Where should we go to lunch?” “I dunno.” “I’m up for whatever.” “Anything sounds good to me.” To give you another food-related example (girl, you know me), how about buffet lines? Everyone hesitates, acts not the least bit hungry and we all awkwardly wait for someone to go first. That’s why I always go first. Seriously. My tombstone will read: “1st at the buffet line,” and I ain’t ashamed. Being decisive, picking a side and sticking to it are all attractive qualities. Don’t waver or hedge, my ladies. Decide on a restaurant, start the buffet train, and everyone will thank you for it.

If you ask a classroom of second graders to raise their hands if they want pizza, or raise their hands if they want, say, tacos, they will not only pick just one, but they will do so boldly. Their arms will move so wildly you’d think they’re hailing a taxi. When we vote for government officials, things are a bit more nuanced. We need more people to take a stand and cast their votes. Period. One reason? Even though the United States consists of about 37 percent people of color, 90 percent of elected officials are white. That’s more than 42,000 elected officials that don’t accurately represent the population they’re supposed to represent.

WOMAN TO WATCH: Jehmu Greene, Board Chair & Founding Board Member of VoteRunLead

We had the good fortune of hearing today’s Woman to Watch, Jehmu Greene, speak at a panel during our On The Dot Success Summit and, let me tell you, everyone in the room was transfixed. Jehmu has it all: a vivacious personality, witty intellect and the kind of panache a girl can only dream of. As the founding board member and board chair of VoteRunLead, it makes sense that she’s spent her career empowering women and people of color to run for office exactly as they are.

Jehmu’s positivity and optimism rubs off on you and the women she’s helping become elected officials. VoteRunLead is founded in the principle that women should build a campaign based on their values and passion, and that they should run today. Not tomorrow or next year, but today. VoteRunLead’s data backs up just how efficient the organization is at its job, with 70 percent of its candidates winning the first time they ran.

Jehmu isn’t afraid of disagreement; in fact, as a FOX News political commentator, she’s happy to engage in a lively discussion about politics. She’s also an award-winning media strategist and recent candidate for Chair of the Democratic National Committee. Jehmu has always focused her energy on progressive values: Prior to VoteRunLead, Jehmu was president of WakaWaka and Rock the Vote, where she increased voter turnout by 11 percent. She was also prez of a media advocacy organization called the Women’s Media Center (you know, the thing started by Gloria Steinem.) No big deal.

If you learn anything from Jehmu, it’s to use your voice, whether it’s standing up for the disenfranchised and encouraging women of color to accept a position in politics, or speaking out against bigotry and vitriol. Jehmu recently wrote a forthcoming op-ed discussing the relationship between black women and current politicians.

This powerhouse is often the only voice of reason in the room. She famously reminded television viewers to choose unity over division and empowerment over resentment. A woman in the crowd at On The Dot’s Success Summit asked Jehmu when she planned on running for office. All Jehmu knows for sure is that there’s still so much to be done when it comes to encouraging more women to run for office.

"Listen to your gut and follow where it leads you."