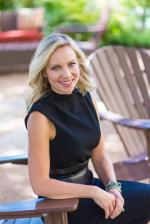 As women, it ain’t easy having a different opinion. Back in middle school, if every person in the classroom said their favorite color was blue, yours better have been blue, too. Though we’re far from our first boy-girl pool parties and glitter eyeshadows, it’s hard to unlearn something so engrained in us: that our real opinions don’t matter. That we can’t make waves. That we shouldn’t just giggle at someone’s offensive joke at a party. While saying your favorite color is purple might ruffle some major feathers, you might be surprised that there are other secret purple-loving folks in the room.

One arena that’s composed of a bunch of different opinions is the public sector, particularly politics. Politicians have a notorious reputation for dodging questions and being wishy-washy. The most revered, though, tend to be those that take an informed stance and are unashamed about it. We need more women in these kinds of roles, especially considering only 18 percent have shown interest in running on a ballot. Yes, you’ll rock the boat and may even cause a serious ruckus by sharing your ideas in the public space, but us ladies need you to.

WOMAN TO WATCH: Jennifer Stevens, Founder and President of JHL

Today’s Woman to Watch, Jennifer Stevens, knows a thing or two about making an impression, having more than a couple decades of experience in public affairs and relations. She’s been the woman behind campaigns, reminding us there are plenty of ways to make your mark in politics.

As a campaign manager, she helped George W. Bush in his 1995 campaign for governor, and later spearheaded efforts for John Cornyn’s senate campaign in 2002. If the late 90s movie Election is any indication, it takes a lot of minds and plenty of long hours to make a campaign a success.

Jennifer’s experience culminated in her starting her own brand, JHL. Through her company, Jennifer works to establish and enhance reputations for individuals and businesses, using her particular knack for public affairs. She and her team even organized a gala that will gather 100 nonprofits together to brainstorm fundraising tactics and strategies from more than 20 speakers.

That’s something that many of us haven’t thought of, but is definitely a significant portion of what nonprofits deal with. Whether it’s donor retention, expanding the audience or selling sponsorships, it can be tough to tackle something as big and unknown as a fundraising event.

Those who have worked with Jennifer explain how she’s able to manage multiple projects at once. It’s a skill she developed early on as the daughter of a father who spent 18 years as a state representative. Jennifer would go door to door with a clipboard in hand as a kid, where she learned about endurance and how to state your case to an irate or dismissive audience. (Let’s just say Jennifer’s received a few door slams in her time.)

One shared issue politicians face happens to be the same thing we all deal with every day: budgets. When it comes to event planning, Jennifer recommends working backward to stay on budget. Get quotes up front and define how you plan to measure your success. More sponsors? More donors? People raving about the caterer’s quiche? Jennifer also suggests you add a 20 percent contingency because, as we all know, stuff happens.

The first female Democrat to be elected to Congress from Illinois, Emily Taft Douglas, said:

"If women understood and exercised their power, they could remake the world."