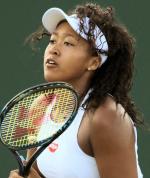 The #1 Way to Avoid Physical Burnout

Let’s talk burnout. Content creator and all-around cool human being Hank Green shared some insight into the concept. Here’s what worked for him: He stayed where he lived in Montana, proving that you don’t need to hitch hike to LA to “make it.” He built his brand with his brother, author John Green, and his experienced father served as his mentor.

Hank’s main tip? “Diversify your identity.” Don’t just be a super-hot model. Be a super-hot model who blogs about food and knows how to cross-stitch. In other words, embrace all the aspects of yourself and let that navigate your career, relationship, and Starbucks order.

WOMEN IN NUMBERS: Fewer than 7 Percent

Mental and emotional burnout is real, but so is physical burnout. Many occupations require a cooperative body, so when you have an injury or chronic illness, you’re forced to redirect what your responsibilities are or what you enjoy doing. Take this stat: Women of color make up fewer than 7 percent of athletes at NCAA member schools. With so few, how can we empower this group of women to invest time in self-preservation so they can make it without succumbing to injuries or fatigue?

Listen, I don’t have the answers. But I do think it’s important to get to know athletes’ stories beyond how many egg whites they eat for breakfast. They’re real people who work really hard to use their bodies in a particular way. Naomi Osaka is one of those people. She’s a professional tennis player in her early twenties.

We’ve seen plenty of misogyny on the tennis courts and there is certainly some ageism at play with Naomi, too. People think, How can such a young woman be a professional? And I’m sure some haters question her place on the court as a woman of color, too.

Naomi and her mother are from Japan and her father is from Haiti. She’s spent the majority of her life in the United States and presumably has spent hours upon hours honing her skills. Her serve can reach as high as 125 miles per hour, which has won her more than $10 million over the course of her six-year career.

This tennis pro is the first Japanese woman to win the second biggest tennis event, called the Indian Wells Masters. Naomi has used her accolades and fame to highlight Japanese brands, serving as brand ambassador for a car maker, cosmetics company and a broadcasting station, just to name a few.

In 2018, Naomi became the first Japanese player to make it to the finals of the Grand Slam. There’s immense pressure on Naomi, as someone who represents a particular country and a young woman going up against big-time players. She became a household name when she competed against Serena Williams, whom Naomi refers to as her biggest idol.

By the Olympics next year in Tokyo, it’s expected that Naomi might just be the highest-paid female athlete. It’s been discussed at great lengths that while Naomi is a fierce competitor on the court, she’s a bit shy off the court. Naomi admits that small talk can be brutal for her and one-on-one conversations can be awkward. But this young’n proves you don’t have to be held back by the things that scare you.

"Without leaps of imagination, or dreaming, we lose the excitement of possibilities. Dreaming, after all, is a form of planning."