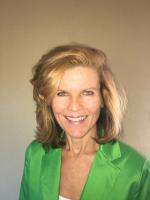 In the Arms of the Angel (Investor)

Why is it that dudes are always trying to give advice when all you want is for them to listen? It seems their instincts are to respond to your story with, “You should…” Listen, buddy. I am not asking what I should do, I’m just venting about how Casey still hasn’t paid me back yet and how my coworker’s whistling is sending me over the edge. Chill out! I’m not asking you to crack nuclear codes. Part of being a rockstar listener means you’ve got to check your assumptions and judgments. Jumping in to supposedly save the day just means you don’t have all the information. Ask a girl some open-ended questions first, like how she feels about her situation, or what she wishes would happen, instead.

If you want to hear an opinion from a man, mention that you have some extra money and aren’t sure what to do with it. There’s a 50/50 chance he’ll tell you he has a great investment opportunity, but that you have to act fast. I’m kidding. (Sort of). It’s no secret that women lack confidence when it comes to money, but maybe that’s because most of our cash has pictures of guys on it. According to Nasdaq, 72 percent of women say they don’t feel confident to invest on their own.

We’re often afraid to talk about money and are embarrassed when we have too little, or even too much. Here’s the thing: Money isn’t just about buying a bigger home or a nicer car. It gives you opportunities. You can go to that expensive conference and network. You can get that gym membership and work on your fitness. You can start your dream company with confidence. The world is your oyster (when you can afford it), and for those who need a little help along the way, there are people like today’s Woman to Watch, Kelsey August.

Kelsey started a marketing firm called Lone Star Direct when she was just in her mid-20s. Since then, she has become a notable figure as an angel investor. That means she’s someone who provides her own capital for startups, like yours truly, On The Dot. Typically, angel investors receive ownership equity in return.

For the past two decades, Kelsey has given companies the boost they need to get bigger and better. There’s a lot on the line for an angel investor, which is why Kelsey looks for particular qualities in founders from the get-go. They’ve got to be likeable because, hello, who wants to do business with some insufferable person? Founders must also be open to a little coaching and be willing to leave their egos at the door to learn a thing or two.

Checking ego is something Kelsey knows well, as a serial entrepreneur herself. She was the youngest female entrepreneur to be included on Inc’s list of the 500 Fastest Growing Companies, and was even a finalist for Ernst and Young’s Entrepreneur of the Year. How’d she get all these accolades? Well, resting on her laurels isn’t Kelsey’s thing. Kelsey worked 12-hour days to get to the point where she has the financial ability to facilitate other entrepreneurs’ hustlin’.

If there’s one thing you can take away from Kelsey’s career, it’s to be empathetic to those you work for and with. Having an open ear and an objective outlook helps Kelsey guide founders, whether it’s an issue with manufacturing or employees. Kelsey also emphasizes the importance of joining forces with others, as she’s done with the Central Texas Angel Network, a group of angel investors that has invested millions in more than 160 companies. There’s something so inspiring about being around a woman who’s not only successful and confident, but also generous with her time.

It’s essential to lead by example and Kelsey August does just that. As she said:

"Leaders need to be fearless. We can't let intimidating forces stop us."

Meet Kelsey at On The Dot’s See It to Be It Success Summit tomorrow, where she’ll be speaking on a panel called “Girls Just Wanna Have Funds: Whether raising money or looking to invest, it’s imperative that women get in the game,” alongside Whitney Casey of Finery and Kelly Gasink of Austin Cocktails. For tickets, click here!