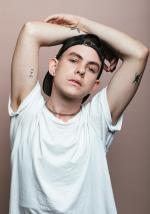 Skateboarding isn’t just a hobby; it’s a way of life. Back in the late 50s in southern California, “sidewalk surfing” emerged. In those days, primitive skateboards were sold, but many Cali kids made their own, sometimes with clay wheels. As injuries mounted, the media dismissed the activity as a fad. In the 70s, vertical skating emerged in Santa Monica, as boys discovered that empty pools were the perfect setting for tricks. But here’s what I like about the idea of skating as a culture: According to Grinnell College, skaters have always valued self-expression and trying one’s best more than racking up acclaim. Now that’s rad.

About a year ago, I met a woman with a teenage daughter. “Did you do anything fun this weekend?” I asked. She explained they did what they always do on weekends: skate. I was taken aback, as her answer knocked down any stereotypes I had. I don’t know why I was so surprised, since 23.9 percent of skaters are, in fact, female. Would you do the ollie with your kid?

While skating may not be inherently competitive, it has entered the mainstream through competitions, and I’m here for it. Seeing a woman kill it and get recognition is a wonderful thing. Lacey Baker is that woman. She’s a three-time XG medalist and Rolling Stone called her the “Rebel Queen of Skateboarding.”

She’s the hero you’ve been waiting for. Not only is she changing the game, but she’s also made it her mission to get more girls and women involved in a sport that doesn’t care if you’re a bro or not, as long as you can dominate the ramp. Lacey identifies as queer and has spoken out against the misogyny in the sport.

You see, female skaters are sponsored to skate but only in minor ways, like being offered gear and clothes. Sponsors don’t typically sign a contract with female skaters, even though they’ve been competing since the 70s. In fact, according to Lacey, professional male skateboarders may never even compete but can still cash a paycheck every month.

That discrepancy ain’t cool, y’all. That’s why Lacey competed as much as possible, even if the grand prize was only a couple thousand. Times are changing, though, including the well-deserved news that Nike wants to sponsor Lacey. She notes that women are in top management positions at Nike and she feels her input is valued there, which are both key criteria when signing a deal.

There’s no doubt that Lacey sees herself as a role model, especially when she acknowledges the influence Brian Anderson, who was one of the first pro skateboarders to be openly gay, had on her. She also admires another female pioneer in the world of skateboarding, Elissa Steamer.

Lacey rides for an all-female board company called Meow, which features unconventional decks and apparel. She admits there’s a difference in how she skates, due to her smaller stature. While guys might be able to wipe out and do “gnarly” stuff, Lacey recognizes her physical limitations and pushes herself in different ways, as long as it’s still fun. For this pro skater, being one of the guys doesn’t make her a skating god; being herself does.

We’re going to see skateboarding in the 2020 Olympics and hopefully we’ll see Lacey Baker competing. As she said:

"I feel like being a girl skater is more punk than being a dude in skating now."