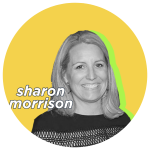 FIRST THOUGHT: How to Buy a House

Despite what Dave and Katie say on House Hunters, there’s more to your first home than the paint color or ability to entertain. Assuming you’ve got the money or the loan to afford to purchase a house, here are some tips to land an abode to call your own. Get a survey on the property to avoid a neighbor dispute. Stalk the ‘hood too. One wise person in my life told me to check out an area at night time to see if there’s any nefarious activity or even simply broken street lights. If you’re a brave soul, knock on some doors. If you’ve got kiddos, see if there are families around. You don’t want to move in, only to later realize you’re sitting beside a frat house.

WOMEN IN NUMBERS: Women only make up 35% of commercial real estate agents

Up until 1974, banks required single, widowed and divorced women to have a man to cosign. Even so, they’d often receive as little as half the amount of credit due to their not-with-a-dude status. Now, women in the United States can own whatever they damn well please, including commercial property. Women make up 35 percent of commercial real estate agents. I wonder what bankers back in the day would think of a woman selling another woman a building!

Sharon Morrison is one of the women that 50 years ago, men wouldn’t be able to understand. She’s a big-time commercial realtor and CEO of esrp, based in Frisco, Texas, AKA Tree City USA. There’s a reputation in commercial real estate, one where conflicts of interest are commonplace and pockets can be, well, deep. Sharon says that, like being a woman in a still male-dominated industry, esrp is different. They represent buyers and tenants instead of landlords. They don’t own, manage, or lease properties either.

Companies like 7-eleven, Mattress Firm, Flowserve and Cobra Puma have used esrp. Sharon says it was happenstance that got her into commercial real estate. She accepted an internship at Henry S. Miller Commercial before her sophomore year of college, earning some money and some interest in the industry.

During her time at an established firm under the direction of an esteemed managing director, Sharon learned about teamwork and strategy. When she parted ways, the director said she simply had more guts than him. Sharon built a partnership with a colleague before seizing the opportunity to build something with former NFL star, Emmitt Smith.

While the duo was building momentum, Emmitt decided to take another direction. Anyone who has developed a business partnership knows how difficult it can be to stay on the same track. Now, with a team of 50 and Sharon front and center in the leadership position, she’s busier than ever but it’s a good feeling to be the one with the keys.

“You don’t have to be really good, just know the rules and contribute a little bit.”