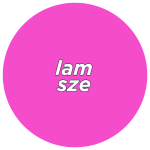 Are We Running out of Water?

FIRST THOUGHT: Water is the Answer

In the 2006 movie Idiocracy, average folks Luke Wilson and Maya Rudolph participate in an experiment and wake up 500 years later. The world has turned…dumb. They all drink and use something called Brawndo—a mix between Gatorade and an energy drink—even to their crops, which, by the way, are dying. Sometimes the simplest things are actually exactly what you need. When Luke and Maya suggest they use water instead, they respond with “like, out of the toilet?” We’re inundated with specialty features and thousands of different brands offering slightly different things. That’s cool but sometimes, well, sometimes you just need what’s been used all along.

It’s no secret that water is a luxury we often take for granted. It’s estimated that 783 million people don’t have access to water that’s safe and clean. Fresh water is crucial to human survival, including in a bigger, grander way, like manufacturing and electricity production. Water is a big component of cause-effect in this world—if there’s no water to grow plant life, an animal who survives on it doesn’t survive, and the animal who survives on that animal doesn’t survive, and on and on. And no, Brawndo isn’t the solution.

Dr. Lam Sze Mun has made serious waves in Malaysia. She’s the first in her family to earn a PhD and currently works as an assistant professor at University Tunku Abdul Rahman. She’s a researcher with a team that works on turning greywater—the stuff that isn’t sewage but isn’t drinkable—into applications like electricity and irrigation.

Lam and her team have made significant strides toward using greywater for good. She says that 400ml of the stuff can generate power up to 10,000 mAh power bank. Essentially, the amount of greywater in a can of soda can be used to power a new iPhone Plus two or three times.

Earlier this year, Lam earned a gold medal for a competition called iCompEx, which celebrates new, innovative projects. She’s also highly published in her field and acts as an ongoing reviewer in academic publications. Lam knows that research is just research until you put it out there, let other scientists expand on it and hopefully, impact society for the better.

In 2018, Lam was awarded the L’Oréal-UNESCO For Women in Science grant. It’s an honor, of course, but also means she is receiving funding to pursue her significant work. Being a female scientist in Malaysia has given Lam a unique perspective. She urges women to not give up on their dreams or goals. She insists that the key to success or fulfilling what’s on your lifelong agenda is collaboration, from help from colleagues to support from family.

“My highest ambition is to crawl out from under the ash and laugh at all the things that thought they could bury me.”